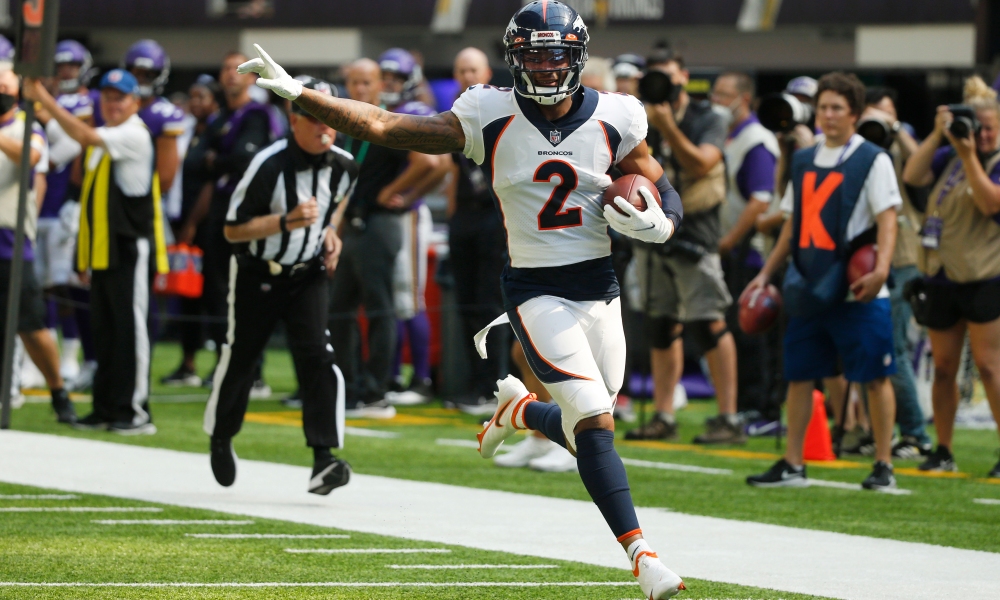 Reliable, innovative, and incredible beyond it’s years. A testament to timeless ingenuity. I’m talking of course about the Sony Playstation 2, lovingly referred to as the PS2. As a youth, I spent many hours battling foes, from the likes of Cell (from Dragon Ball Z), the Heartless (Kingdom Hearts 2), and my greatest nemesis of all, Charles Woodson and Randy Moss on the Raiders (Madden NFL 06). No matter the challenge faced, I knew my PS2 would see me through.

15 years later, and that same story holds true. But these days, the PS2 that keeps me feeling safe and snuggled at night is no longer my gaming system of old, but instead, superstar rookie CB Patrick Surtain II.

Patrick Surtain II is the son of former Dolphins CB Patrick Surtain Sr., and came out of Alabama with some of the most hype a corner has received since Jalen Ramsey. An incredibly rare combination of size, athleticism, and refined technique had scouts making comparisons to Darrelle Revis. When you compare the RAS (relative athletic scores), it’s hard to not agree. 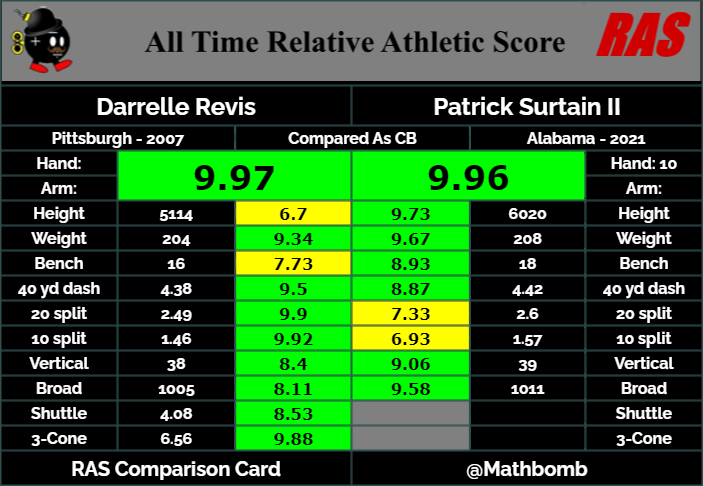 Season one of PS2’s career is complete; did he live up to those lofty pre-draft comparisons and join the elite tier of NFL corners? Let’s find out.

Above, the receiver tries to shade into Surtain’s blind spot, forcing him to bite outside before he bursts back inside on the post. Surtain masterfully keeps his eyes on the QB while still gaining depth and pressing himself towards the numbers, keeping the receiver in his peripherals. Once the ball is in the air, he stays on top of the receiver through the route and makes an incredible play in the air for the pass break-up.

As teams consistently challenged his patience with double moves, Surtain reacted like a seasoned veteran. Below, he is against Chargers WR Mike Williams, mirroring him on the out and up. Notice how when Williams breaks outside, Surtain’s eyes are glued to his hips. Surtain flips his hips perfectly, running in stride with him downfield and never getting caught off-balance. Only with a shove is Williams able to create separation, and even still it falls incomplete.

This is my favorite rep of Surtain’s rookie season, and demonstrates the type of frustration he will instill in receivers for years to come. Manned up on Keenan Allen, one of the best route runners in the NFL, on this play (bottom of the screen) Surtain endures an onslaught of moves. Keenan fully bursts off the line and long skips into a single stride inside, before bursting into the out. He then jump stops on a dime, turning for the ball from Herbert. There’s only one problem, Surtain stayed with him the whole way. Never over committing or letting himself be tripped up, he lunges for the swat on Allen and ends the Chargers drive. This is something he will do a lot over the coming years.

Surtain is going to need to improve his tackling, as he missed 8 on the season. However, later in the year he was making open field stops on some of the league’s best backs, like he does here on Bengals back Joe Mixon.

Being as physically gifted as Revis is one thing, to replicate his play on the field is another. As we can see from the table above, not only was PS2’s rookie season comparable to Revis Island’s, in a lot of the coverage metrics, he actually was better.

Some context is very important here before any overreactions are made. As a rookie, Revis played over 100 more snaps than PS2. Furthermore, he was playing in 2007, a much less passing oriented era. While the coverage stats favor PS2 fairly heavily. Revis was a beast against the run, finishing his rookie campaign with 72 tackles with an incredible 6.9% missed tackle rate. For comparison, PS2 finished the year with 49 tackles and a missed tackle rate of 12.7%.

Now we can overreact. In an era where QB’s and the passing game are favored more than ever, in a division with the likes of Patrick Mahomes and Justin Herbert, Patrick Surtain finished his rookie campaign giving up a lower completion percentage, yards per reception, and passer rating (while also surrendering less touchdowns and catching more interceptions) than the inimitable Darrelle Revis.

In 2009, two years after his rookie campaign, Revis put together one of the greatest seasons ever by a Corner. Don’t be surprised if that’s what we see out of Surtain in the very near future.

Be sure to tune back in for more Player Profiles! Follow me on twitter @FrankiesFilm and visit us back here at FrankiesFilm.com for all the best discussions on NFL and Broncos football.