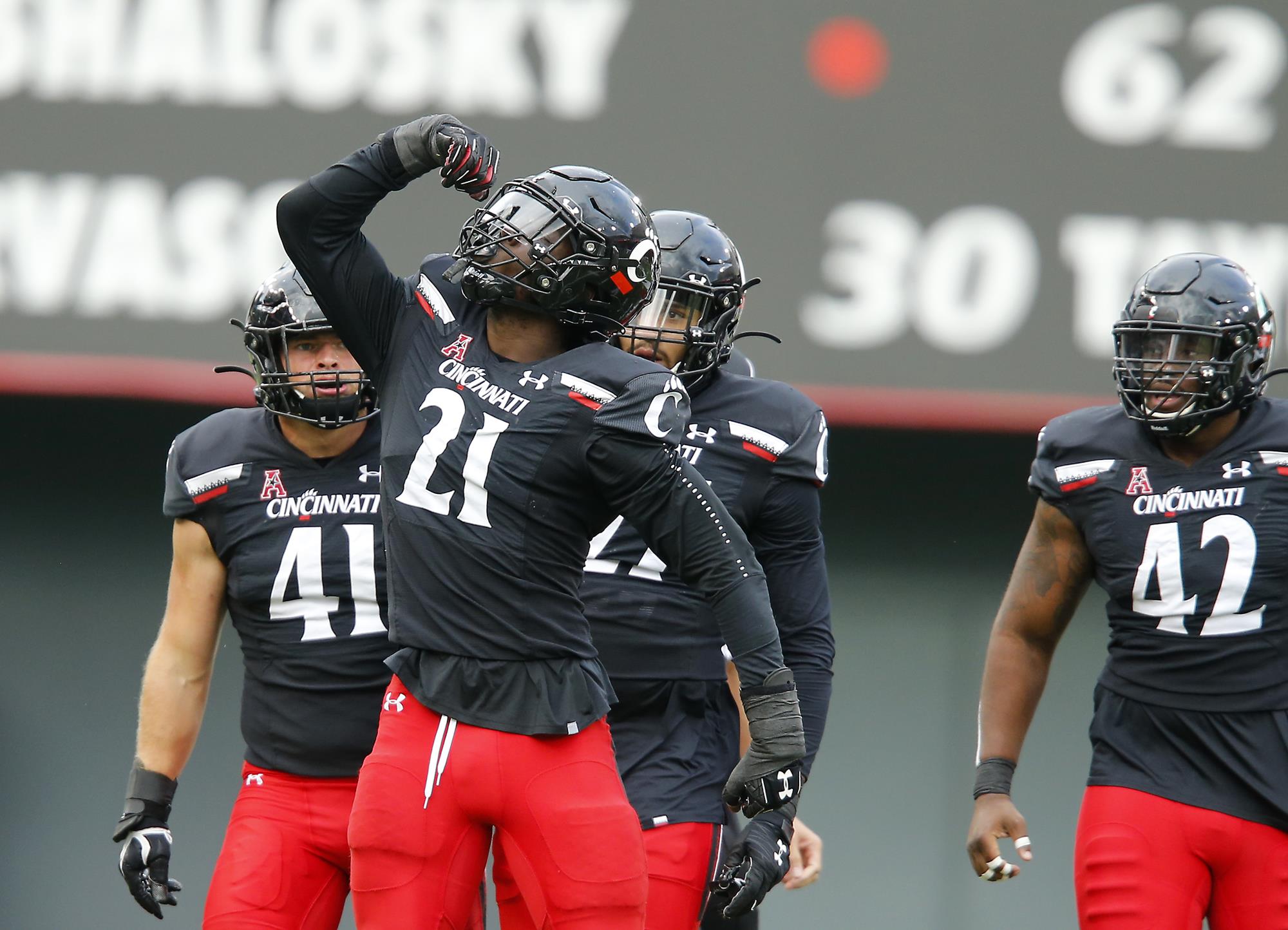 The 2022 EDGE class projects as one of the deepest in recent memory. Pass rushers in all shapes and sizes will hear their names called in the first 100 picks of this years draft. You’ve most likely heard of the likes of guys projected for the 1st round, such as Kayvon Thibedaux, Aidan Hutchinson, and David Ojabo. So allow me to dive a bit deeper into some possible rushers who could slip down the board into day 2 of this years draft. First off… Cincinnati Bearcats edge rusher Myjai Sanders. 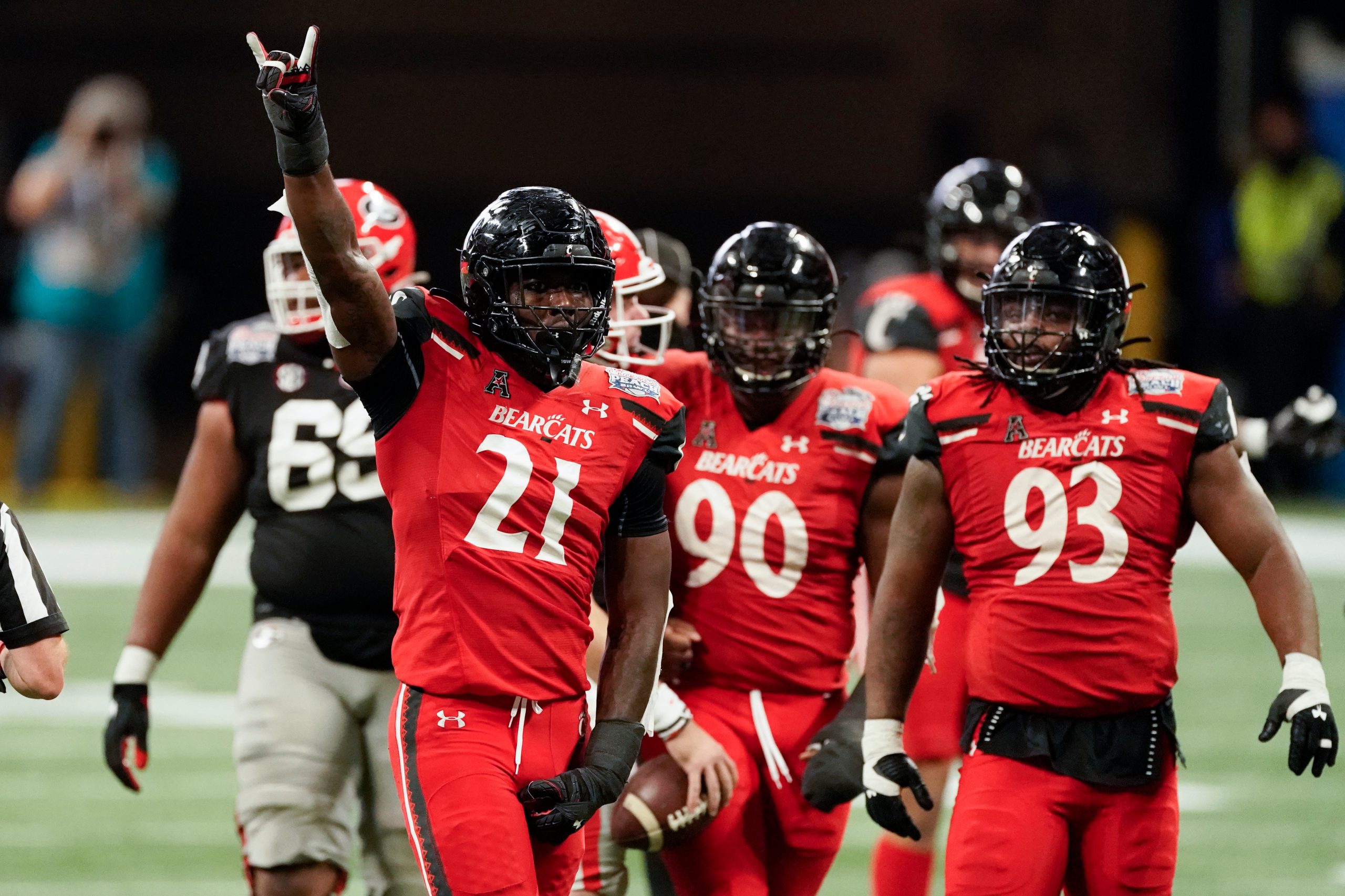 Myjai is a senior for the Bearcats whose started 36 games in his career. He exploded onto draft radars heavily in the 2020 season, accumulating 7.0 sacks, but chose to return for his senior year and bet on his ability to make another leap. Sadly, his numbers regressed and the issues that plagued his 2020 tape remained into the following season. Prior to the 2021 season he was placed on Bruce Feldman’s Freak List, and with an impressive showing at the combine he could still manage to hear his name called in the 1st 50 selections of the upcoming draft. But is Myjai deserving of such a high selection?

Sanders displays incredible length and short area explosiveness that teams will fall in love with. He’s consistently able to beat tackles around the edge with his first step, and uses his hands well to avoid the hands of opposing tackles. Enough bend to succeed coming around the edge. Ideal build for a speed rushing pass rush specialist. He uses first step to win on both the inside and outside shoulder of OT’s. Plays passing lanes well at the line when unable to beat the blocker, and shows a willingness to attack blockers in the run game. Multiple years of experience shows in his ability to digest opposing offensive schemes.

Listed at 255, but doesn’t look it and it’s apparent on tape. Often knocked around in the run game and shouldn’t find his way onto the field on early run downs in his first year. Far too often, Sanders is not playing under control and is easily knocked off balance; he spent far too many reps on the ground. Very one dimensional as a rusher, purely wins off his first step and rarely brings a backup plan into his rushes. Lack of counter moves was apparent. Lacking in play strength and initial punch. Impressive short area quickness, but I question his long speed. Multiple examples of him showing the inability to run down plays from the weak side. Overdependent on jumping snap, flagged too many times in the 4 games I watched and will struggle against varied snap counts at the next level. Generates a ton of pressure, but struggled with actually wrapping up the QB which plays into his inability to maintain body control throughout his rushes. Benefitted from a weak tackle schedule and will struggle against NFL caliber athletes and anchors.

I had hoped to be more inspired by Sanders’ tape than I was. The guy heralded as an athletic freak failed to blow me out of the water in a way that gives me comfort taking him in the top 50 selections.

His promising traits of prototypical length, first step explosiveness, and impressive hand fighting techniques could be enough for a team to take a shot early. But I believe his skinny frame, lack of counter moves, and inability to generate an impactful punch are big enough issues to force him down the board.

Early on, he projects as a pass rush specialist who will see his opportunities on 3rd downs and key pass situations. His lack of elite traits will keep him from reaching his full potential.

There is a ton of hope for Sanders. If he lands in a good situation where he can work on refining the rushes in his tool kit, bulks up for more pop in his punch, and brings better control and planning into his rushes he’ll be a successful EDGE threat in this league for a long time. This development will take time though, and teams should be wary buying too heavily into the potential he brings to the table.

I’ll be keeping my eyes closely on Myjai at the Senior Bowl this week.

Be sure to tune back in for more coverage of the NFL Draft and my coverage of this years Senior Bowl! Follow me on twitter @FrankiesFilm and visit us back here at FrankiesFilm.com for all the best discussions on NFL and Broncos football.