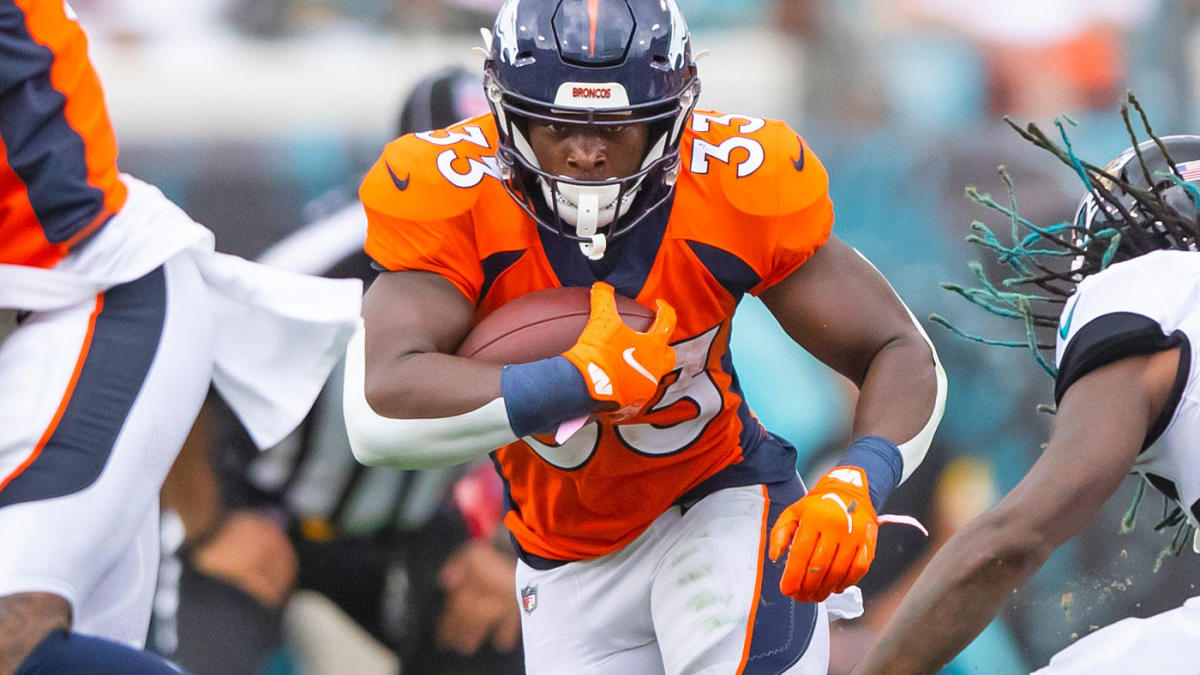 On any given play in the NFL this year, Javonte Williams was the hardest player to tackle. Coming out of North Carolina, the best trait the young back had to offer was his contact balance. To say this attribute carried over well to the league would be an understatement. According to PFF, 63 defenders failed to bring down Williams, and the only back to exceed that total was Indianapolis Colt’s MVP candidate Jonathan Taylor. Taylor managed 2 more broken tackles, on an extra 129 carries.
Of all running backs with over 100 carries, Javonte ranked 7th in the league in yards after contact, averaging 3.42 per play, ending the season with a total of 694 yards after contact. That’s over 75% of Javonte’s total rushing yardage on the season!
Javonte isn’t just a power back; he ended the year 7th in carries over ten yards with 25, and was 10th in the league in breakaway yards with 228. He also showed promise in the pass game, adding an extra 316 yards and 3 touchdowns with an 84.3% catch rate, good for 9th in the league amongst backs with 40 targets.

Javonte Williams played well in his first few weeks, but this week 4 run against the Ravens really put him on the map. Before even reaching the line of scrimmage, Williams spins off one tackle, side steps another defender before plunging between two Ravens. The powerful legs of Williams churn forward through multiple arm tackles before Marlon Humphrey jumps on his back. Javonte proceeded to carry Humphrey an extra 20 yards down the field, before finally going down at the 9 yard line.
Here, the Broncos are starting at the 5 yard line against a 9-man box. Javonte attempts to break the run to the outside, before he is met by the safety at the two yard line. He absorbs the hit from the safety, sticks his hand in the dirt and, much like a rubber band, slingshots forward into positive territory. Once again, second level defenders learn arm tackles aren’t enough to drag down Williams, and he hops, skips and spins his way for the first down on a play which at first appeared dead in the water.
When you have the ability to break every tackle like Javonte does, you sometimes have a tendency to try and bust every carry to the outside, when really you should just get downhill and collect the yardage available. Early in the year Javonte’s vision needed work, but as the season carried on he displayed better recognition of cutback lanes and patience behind the line of scrimmage. This is still an area that will need to be worked on for year two, along with ball security. Once he develops in these two areas, we could see Javonte emerge as a top five back in the league.
Just get him the ball in space and watch him work. Embarrasses the defensive back, acceleration to beat the angle, stays in bounds and explodes towards the open grass.

Here on FrankiesFilm, we love players who do the dirty work. While pass blocking for backs is an under appreciated art, William’s showed a knack for keeping free rushers from reaching his QB. This combined with his consistent hands will keep him on the field for more 3rd downs throughout his career.

Watch here as Kyle Brandt attempts to replicate the sheer rage that Javonte displays on a week-to-week basis in his Angry Runs segment on Good Morning Football, where he awards a Scepter to the angriest run of each week (which Javonte Williams has won twice).

This year Javonte shared the backfield in a near perfect 50-50 split with Melvin Gordon. With Gordon being an unrestricted free agent, there’s the chance for Williams to dominate the league with an increased workload.

Be sure to tune back in for more Player Profiles! Follow me on twitter @FrankiesFilm and visit us back here at FrankiesFilm.com for all the best discussions on NFL and Broncos football.