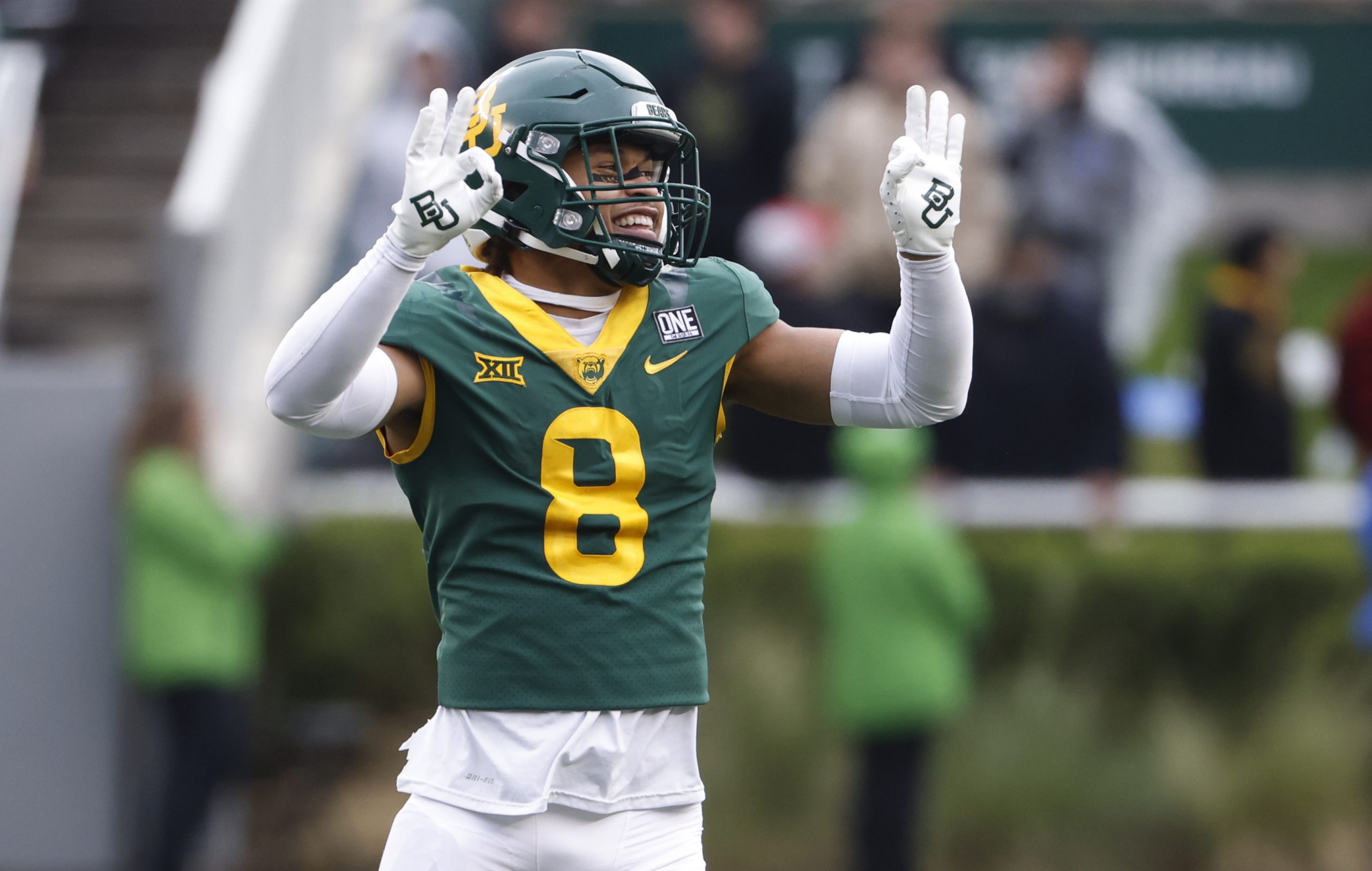 Jalen Pitre is one of the Nation’s most highly decorated defensive backs and should be a consensus Top-50 pick come draft day. Coming off a Redshirt Senior season in which he was a first team All-American, a finalist for the Jim Thorpe award, and won the Big-12 DPOY, Pitre’s role as a sure-tackling nickel corner has never been more coveted than in today’s NFL. Teams are playing more nickel and dime fronts than ever, and it’s paramount to have guys that combine the movement ability to lock up the league’s best slot receivers with the aggression and tackling ability to take on blockers and play the run. Pitre appeared in 52 games for the Baylor Bears and displayed this rare combination, racking up 23 tackles for loss and forcing eight turnovers in his career.

During the 2021 season, Pitre was the only D1 defender to register three forced-fumbles, three fumble recoveries, and two interceptions. Pitre has a knack for finding the ball and knows how to rip, punch, and claw it out of other players hands.

Jalen’s senior season culminated with an invite to the 2022 Reese’s Senior Bowl, where his talent was on full display in front of NFL personnel. He was voted the National Team’s Top Safety and was a nightmare matchup for every receiver in Mobile.

At the Combine, Pitre opted out of the 40-yard dash and only participated in the bench press, vertical, and agility drills (which in all honesty 3-cone is a very underrated metric when looking at a DB) and tested in the 94th percentile in the 3-cone drill. On March 30th, he dominated Baylor’s pro-day and posted an unofficial 4.41 forty yard dash.

Pitre is as effective against the run as any player I’ve watched this cycle, which is crucial to him seeing the field as an NFL nickel. For someone under 200 lbs, Jalen ATTACKS ball carriers behind the line of scrimmage and forces the issue on anyone tasked with blocking him. Baylor used him as a blitzer often, and he constantly made plays behind the line of scrimmage. While typically he’s able to bring players down by their ankles, Pitre can still provide some decent pop on the unsuspecting victim and is a master at stripping the ball from running backs. Even with below average length and size, Jalen bullies his way through blockers and constantly fights. Screens to Pitre’s side are simply not an option.

In the pass game Pitre displays impressive feet with a solid understanding of route combinations and pass concepts. He’s patient off the line and rarely is caught off balance with shiftier route runners and double moves. He possesses above average recovery speed and constantly locks down defenders with his trail-technique. Zone is where Pitre shows the most comfort as it allows him to play off of his instincts, reading the QB and the offense. Pitre also offers some scheme and position flexibility for teams that would prefer to use him in more of a traditional safety role.

Pitre will come into the NFL with below average size and arm-length (30.62”) which may trouble him more in the pros than it did in college. He was rarely asked to press receivers at Baylor and this lack of arm-length is more than likely a contributing factor. While he’s incredibly instinctive, he doesn’t always have the most disciplined eyes and gets caught hunting in the backfield when playing zone, which can allow for unnecessary big-plays behind him. While he found success covering collegiate tight ends, I have concerns on how well he’ll be able to cover tight ends of the NFL’s caliber.

His role is also fairly limited. While teams are playing more nickel than ever before, it’s hard to spend a high pick on a player who is best served in a limited role. He doesn’t have the length to play outside, he lacks the explosiveness to play FS, and he’s not big enough to play full-time in the box. Pitre isn’t a blue-chip prospect who immediately takes a defense to the next level. He’s more so the ultimate luxury for a team that already has their secondary primarily constructed. However, this isn’t meant as a knock on him as a player, as I see him in the same light as I saw Antoine Winfield Jr. for the Buccaneers a few years ago. A key defensive puzzle piece who can be found later in the first or early in the second due to his positional value.

Jalen Pitre is one of my favorite players in this class. I love scrappy DB play and that’s what Jalen bleeds. He doesn’t bring the shine of a Thibodeaux or a Stingley, but I foresee Pitre as a key contributor on a playoff team a whole lot sooner than later. There isn’t a player in the draft I like more, and I’d comfortably take him in the first round if I’m the guy calling the shots. If by some miracle he slides out of the Top 32, plenty of playoff bound football teams should be calling for a trade up to acquire this guy. He’s going to be a difference maker at the next level for years to come.