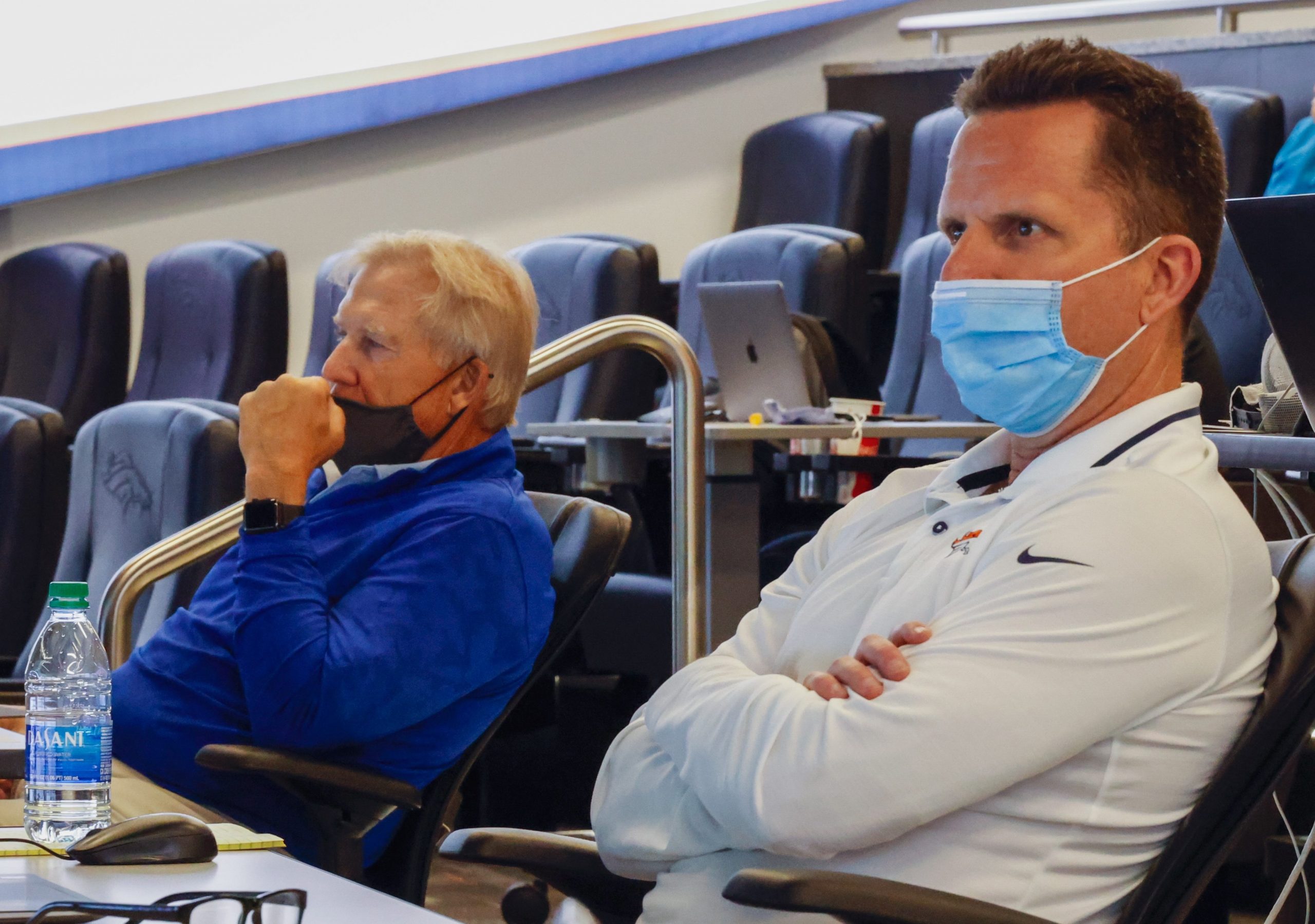 In part one, we discussed how in Paton’s first free agency period he managed to upgrade the secondary, find a starting quarterback for $3 million, and retain fan favorites Von Miller, Justin Simmons, and Kareem Jackson. That alone deserves praise; but the draft is where Paton makes his greatest mark.

Paton’s first draft for the Denver Broncos is truly a Rorschach test on drafting and team building as a whole. The team came away from the draft with as many as five future starters. Every player selected contributed in some way this year and showed they belong in the league at their respective positions. At first glance, this draft feels like a home run; impact players on both sides of the ball, multiple trades that ended in Denver adding capital, and a blue-chip player in the first round. I’m not going to tell anyone that this was a bad draft, because it wasn’t, but allow me to convey what relegates this from a great draft to a good draft. 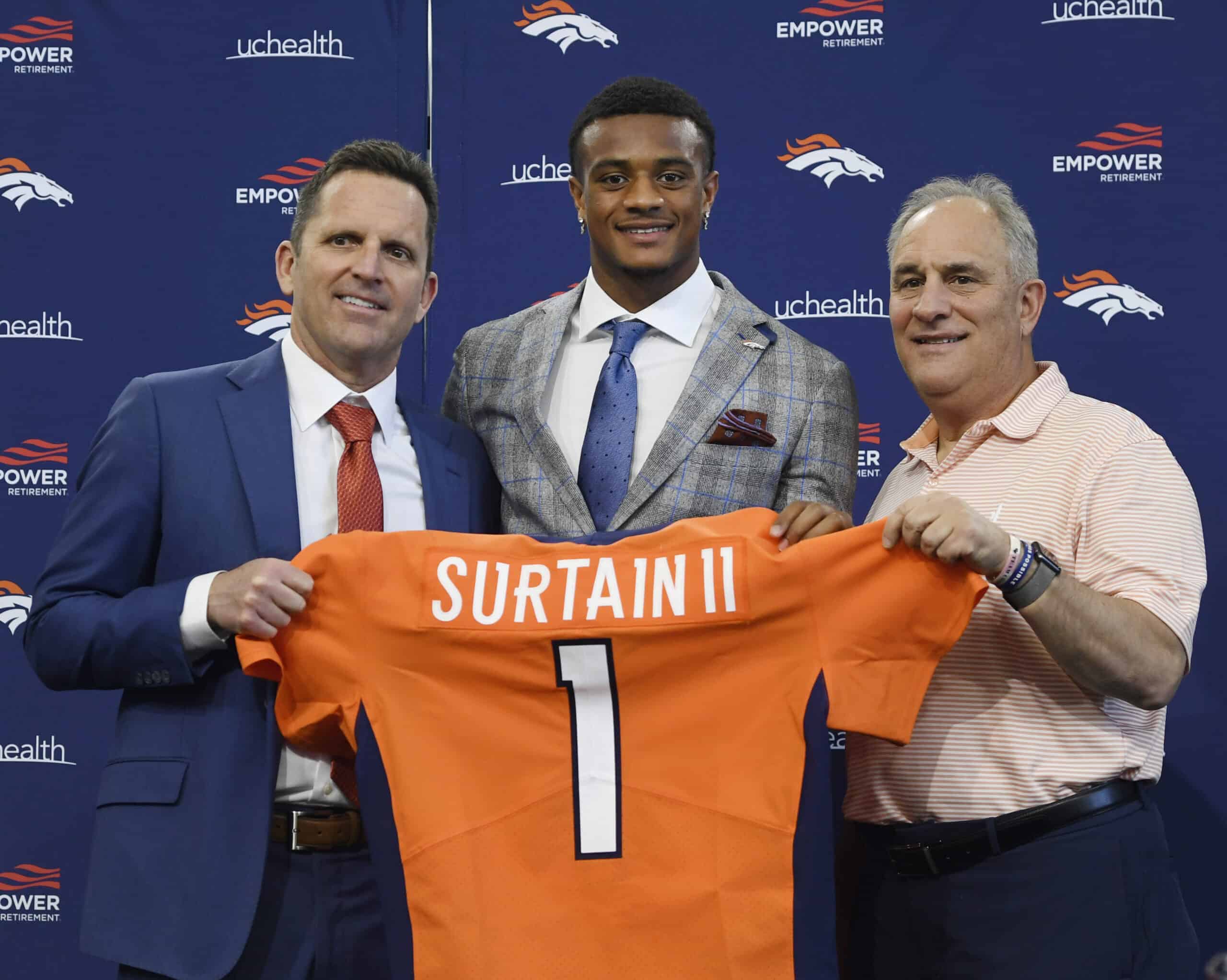 Some background on the 2021 draft. Going in, there were five QBs graded as first round talents. They included Trevor Lawrence, Zach Wilson, Trey Lance, Justin Fields, and Mac Jones. As we’ve covered, the Denver Broncos biggest hole on their roster was at QB. Many assumed, myself included, that if any of these QBs remained available, Denver would scoop them up. At the very least, there was hope that if George doesn’t love the QBs available, he’d look to move down with a team who views the available Passers as answers to their QB dilemma.

This feels like a good point to say I absolutely love PS2. And for more detail on just HOW good he was in his rookie season, read his rookie profile here. Champ Bailey is my favorite Bronco ever, and that’s the level of corner that PS2 is or will be. For years, my eyes were drawn to Von Miller on every defensive snap. PS2 has taken that place. He is going to be the team’s number one lock-down corner for a very long time.

I any other draft, a player of PS2’s caliber being selected at nine would be considered an all around victory. George Paton nailed his evaluation! PS2 has exceeded every expectation and sooner than anyone expected. The only problem – he doesn’t help the offense, and under Vic Fangio the offense has been putrid.

Now, I actually don’t have an issue with the pick itself, or passing on Fields, or Mac Jones. Quarterbacks are unquestionably the most important piece of the NFL team puzzle. If you are an NFL team without a good or great QB, your chances of winning a Super Bowl are basically zero. If George Paton’s evaluation of Justin Fields and Mac Jones reflected they lacked the qualities to lead the team to the mountain top, then by no means should he have taken them ninth overall.

My issue with Paton’s decision is his willingness to pass on the trade offers he received from the Chicago Bears, New Orleans Saints, and Philadelphia Eagles. Those potential trades, which would’ve netted the Broncos an additional first round pick this year, and likely more, could be the key difference in Denver’s ability to make an impactful QB move this offseason or next. While Surtain is incredible, it’s a huge bummer his first couple seasons in Denver will be with a placeholder at QB. Hopefully Denver is able to turn it around quickly, because if not Bronco fans could see our young superstar corner sign his second contract for another team. 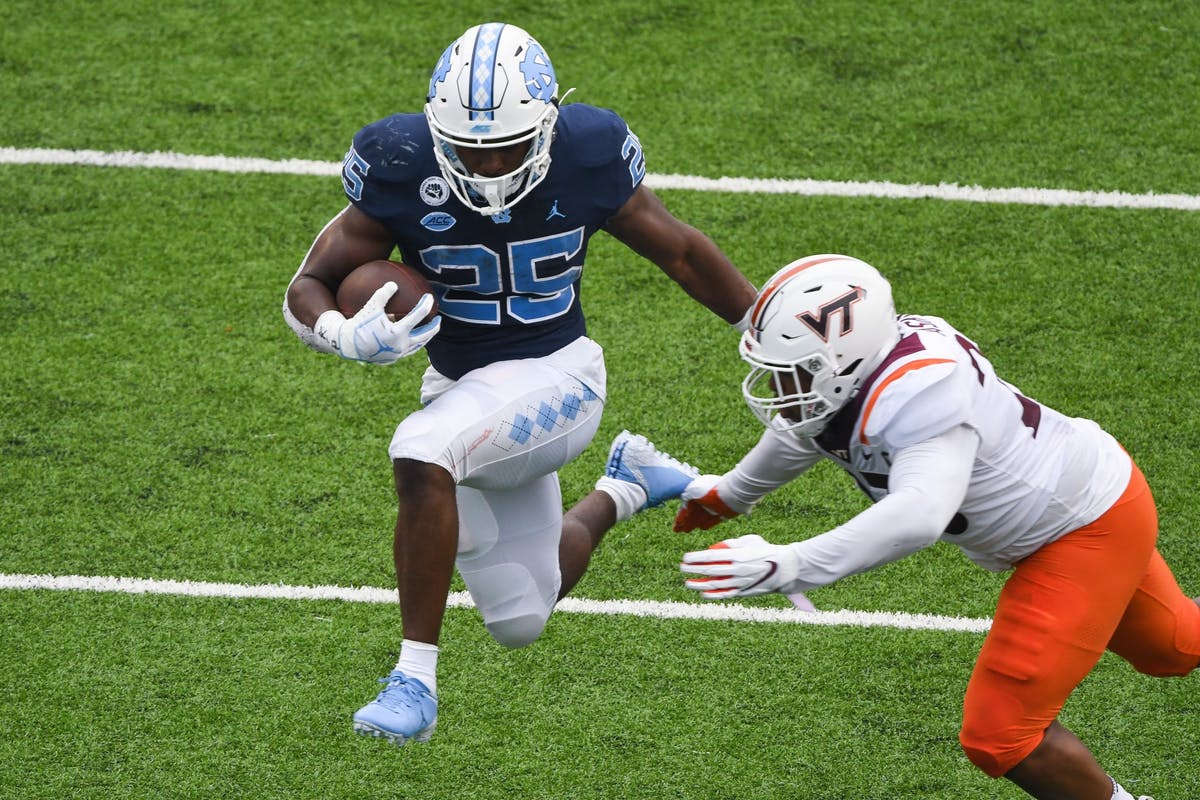 In the second round, Paton traded the 41st pick and a 2021 fourth round pick for the 35th pick and a sixth round pick in return from the Falcons. He used that 35th pick on Tarheels RB Javonte Williams, and once again, for a deeper look into Javonte’s rookie season you can check out his rookie profile here. Williams has almost the same issues that the Surtain pick had. They both are incredible players, and arguably were the best at their position in the draft. But neither pick improves this team from 5-11 to a playoff contender. Williams is an offensive player, unlike Surtain, but he plays the most replaceable role on the offense.

While Surtain and Williams are both the prospective starters for the 2022 season, at the time they were drafted it was a question how much either of them would see the field at all. Surtain was behind Fuller, Callahan, and Darby on the depth chart, while Williams would be splitting carries with one of the highest paid backs in the league in Melvin Gordon. Williams is incredible, but with how rare it is for running backs to see a second contract from the team that drafted them, and how replicable their play typically is, it’s hard to grade this pick very positively. Meinerz, Browning, Sterns, and Cooper have already solidified themselves as starters/key role players, while Surtain and Williams look like eventual all-pros. It’s pretty hard to not feel hopeful leaving the draft in the hands of Paton. His positional value might be slightly skewed, but his player evaluations are off the charts. He didn’t draft his QB this offseason, but with his track record of projecting players, Paton is the man for the job when it comes to finding the Broncos their next signal-caller. 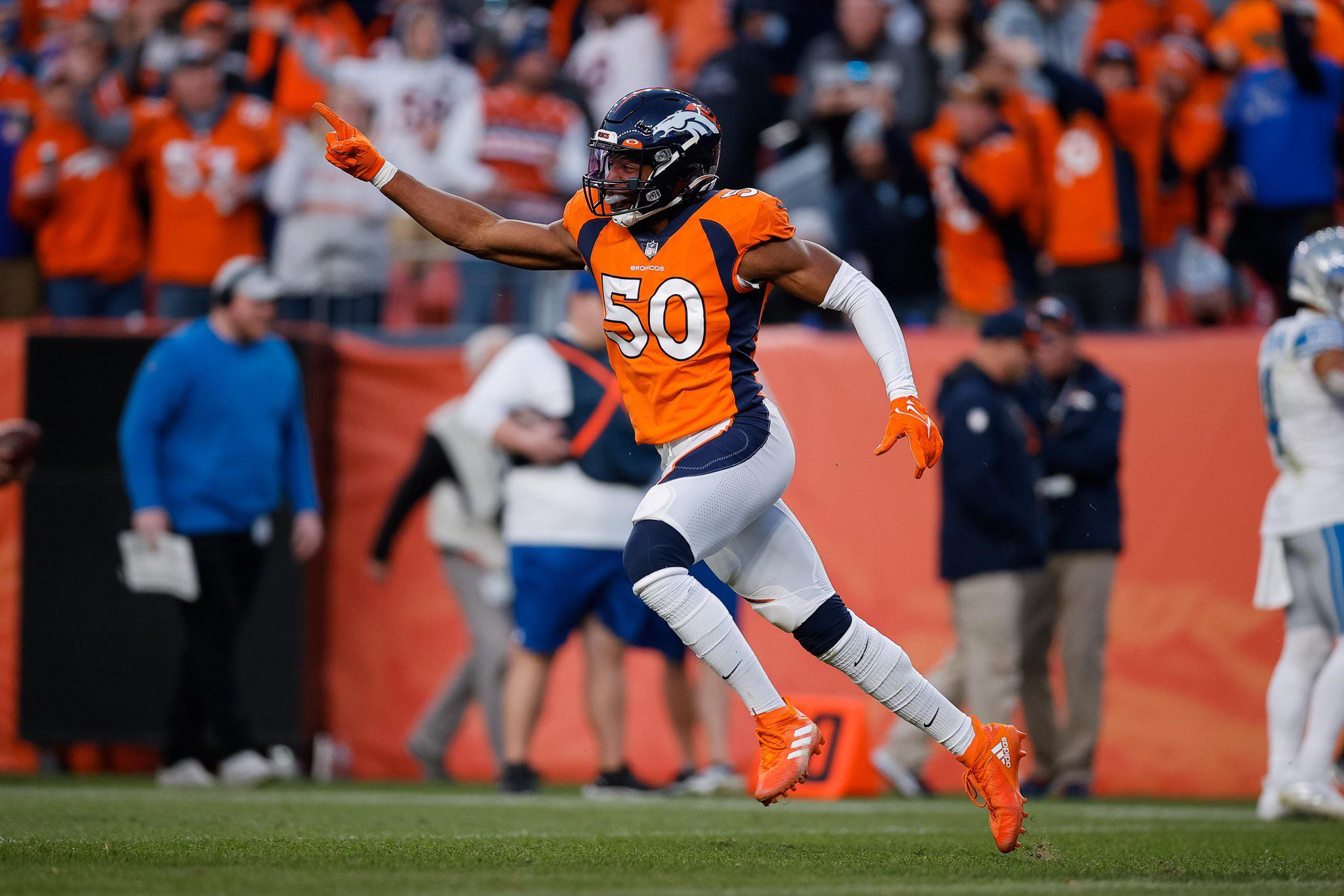 In the weeks following the Draft, Broncos projected starting RT Ja’Wuan James tore his achilles and was released by the team. Paton signed his replacement Bobby Massie a week later. He also managed to trade Trinity Benson (WR) to the Lions for a 2022 fifth rounder, and acquired linebacker Jonas Griffith from the 49ers in exchange for a seventh round pick.

This brought George Paton’s first offseason to a close. He gave Fangio his wishes and bolstered his defense with as much talent as he could find. He brought in a much less turnover prone veteran in Teddy Bridgewater to compete with Drew Lock for the starting job. Now it was time to see his roster in action.

This doesn’t mean that Paton took a vacation during the regular season though, as he made many moves throughout the year that helped keep the team afloat, signed key players to long term extensions, and in my opinion made his best move of his first season as Broncos GM.

Thoughts on those moves and more coming in Part 3!