As Rob Schneider exclaimed in “The Waterboy”, ‘We suck again!’ Following a crushing 13th consecutive loss to the Kansas City Chiefs, Denver enters its second offseason under General Manager George Paton. Losing has become a recurring theme for the Broncos since the retirement of Peyton Manning. Nonetheless, Paton’s first season running the show has left the team with an optimistic feeling that’s been missing since 2015. 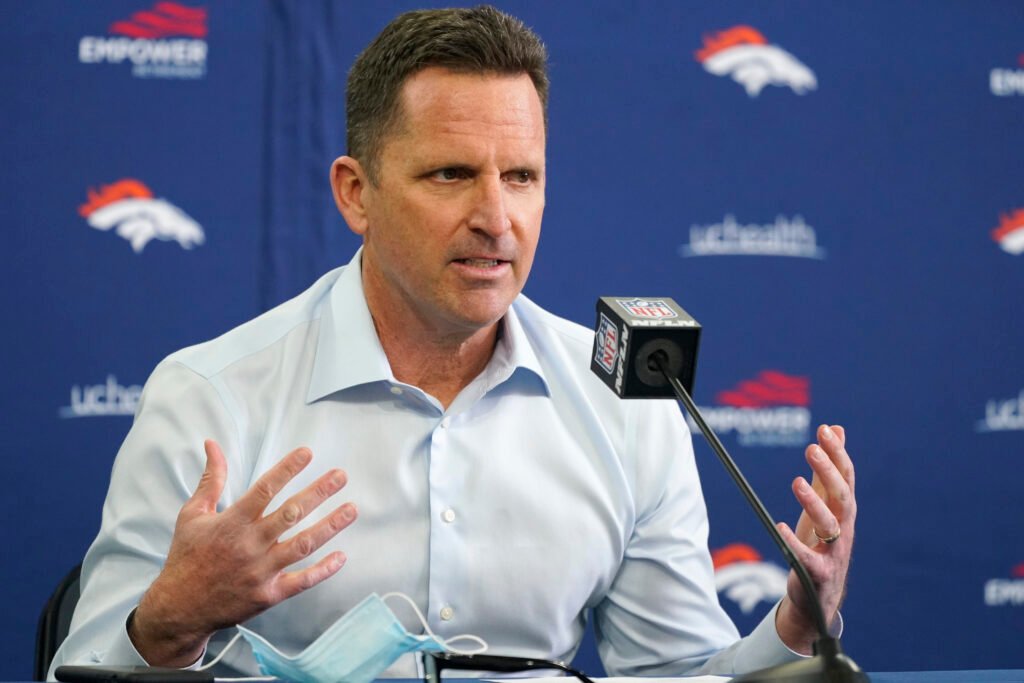 On January 17th, the Denver Broncos hired former Vikings assistant General Manager, George Paton. Paton spent 13 years as the right-hand man to Vikings GM Rick Spielman. His strengths lie in his abilities as a talent evaluator, and over his 13 year tenure with the Minnesota Vikings he assisted in scouting and drafting 16 Pro Bowl players. His primary role in Minnesota was to coordinate personnel within their Pro and College Scouting departments, and assist the College Scouting department with their preparations for the NFL draft.

George takes a slow, methodical approach to team building. He avoids shortcuts and utilizes moderate aggression when negotiating trades for players. Before the season began, Paton referred to the team as a “sleeping giant”, and opted to retain Vic Fangio and his coordinators for another season, taking the first year as more of a review period for the work that needs to be done in the future. Some will view this method of “wait and see” as the smart approach. No one can doubt the talent that was on the roster to start this season, and seeing as 2020 was the year of COVID, an argument can be made that that season wasn’t the best chance at an audition for coaches Vic Fangio, Pat Shurmur, Ed Donnatell and Tom McMahon. Others may view the decision to not make any franchise shifting moves year one as an attempt to avoid blame for another consecutive losing season. If the season goes well with Elway’s guys, Paton will look like a genius for having the foresight to not blow up the entire roster. On the other hand, if the season goes poorly, there isn’t much blame to be placed on George. After all, it isn’t the expectation of the General Manager to fully right a ship year one, it’s his job to best set his organization up for continued success in the coming years. Did Paton do a good job building that foundation in his first year as Broncos GM?

Almost a full year since Paton’s hiring, and the Denver Broncos completed their fifth consecutive losing season (sixth missing the playoffs). The weight of this doesn’t fall on George solely; again, it isn’t a GM’s job to ensure a winning season in year one. In fact, you’d be hard pressed to find any who were able to create such an incredible turnaround. But that isn’t to say George is without criticism for some of the moves he made in his first year. With that in mind, it’s time to go over George’s moves over his first year as Broncos General Manager. 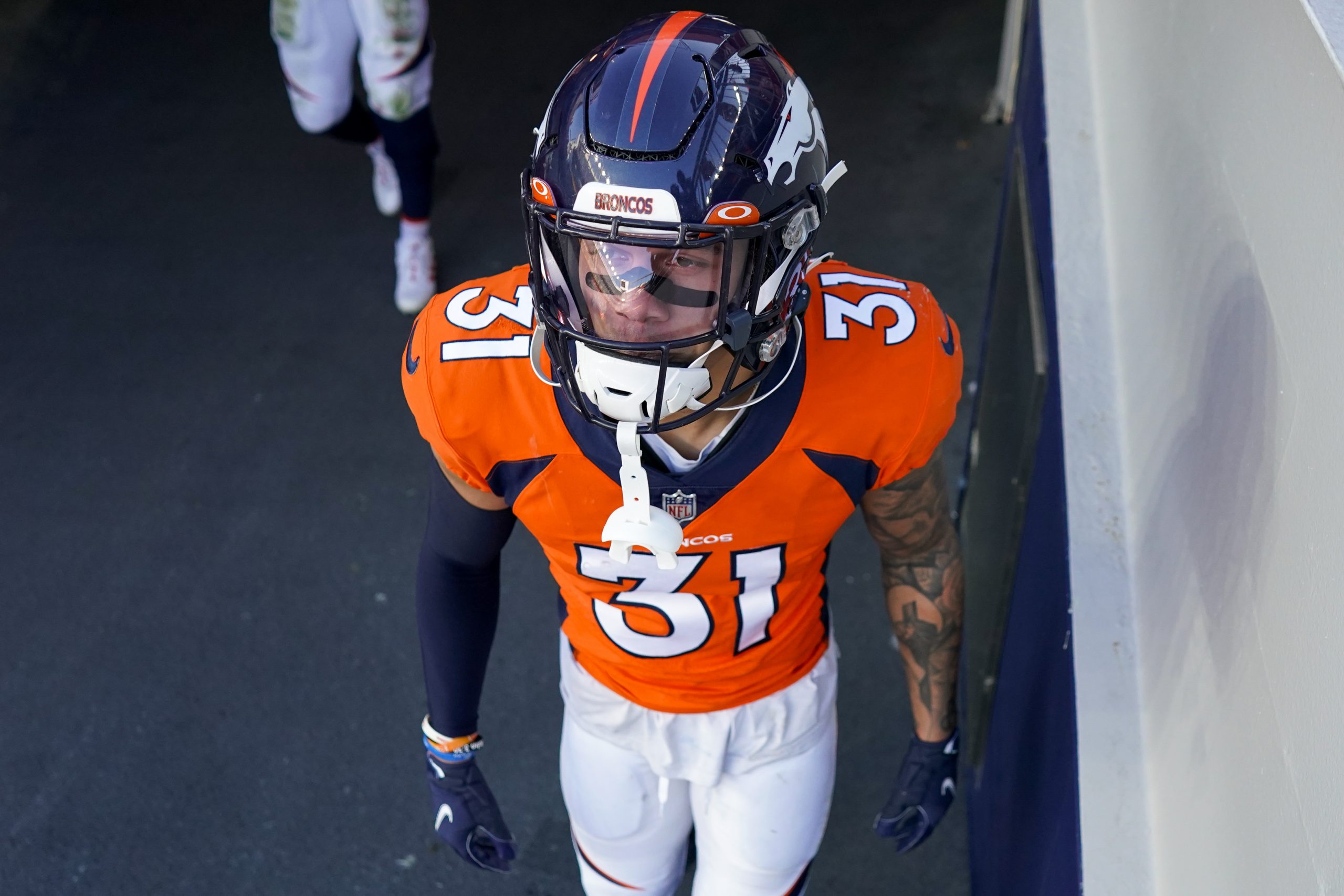 While George made it clear he wasn’t going to make huge changes right out of the gate, there still were plenty of decisions to be made entering the 2021 offseason. Denver owned the number nine pick in the draft, and had decisions to make on whether or not to retain many key starters; e.g. Von Miller, Kareem Jackson, Shelby Harris, Phillip Lindsay, AJ Bouye, Jurrell Casey, and Justin Simmons.

Within the first two weeks of free agency, Paton’s plan for year one became clear: Give Vic Fangio every defensive puzzle piece he could possibly use, and find a risk-averse veteran to compete with Drew Lock for the starting job. Denver locked up Justin Simmons and Shelby Harris with multi-year extensions. They picked up the option on Von’s contract for the final season, and even managed to keep Kareem Jackson around on a cheaper deal. He allowed Jurrell Casey (who later retired), Phillip Lindsay, and AJ Bouye to walk. To replace Bouye, Paton brought in Ronald Darby and former All-Pro under Vic Fangio, Kyle Fuller. With these moves, Denver hoped to reclaim the glory days of the “No Fly Zone”, boasting the most expensive secondary in the NFL once more.

While having a great secondary is fun, more often than not, it can feel meaningless if you don’t have a difference maker at QB. 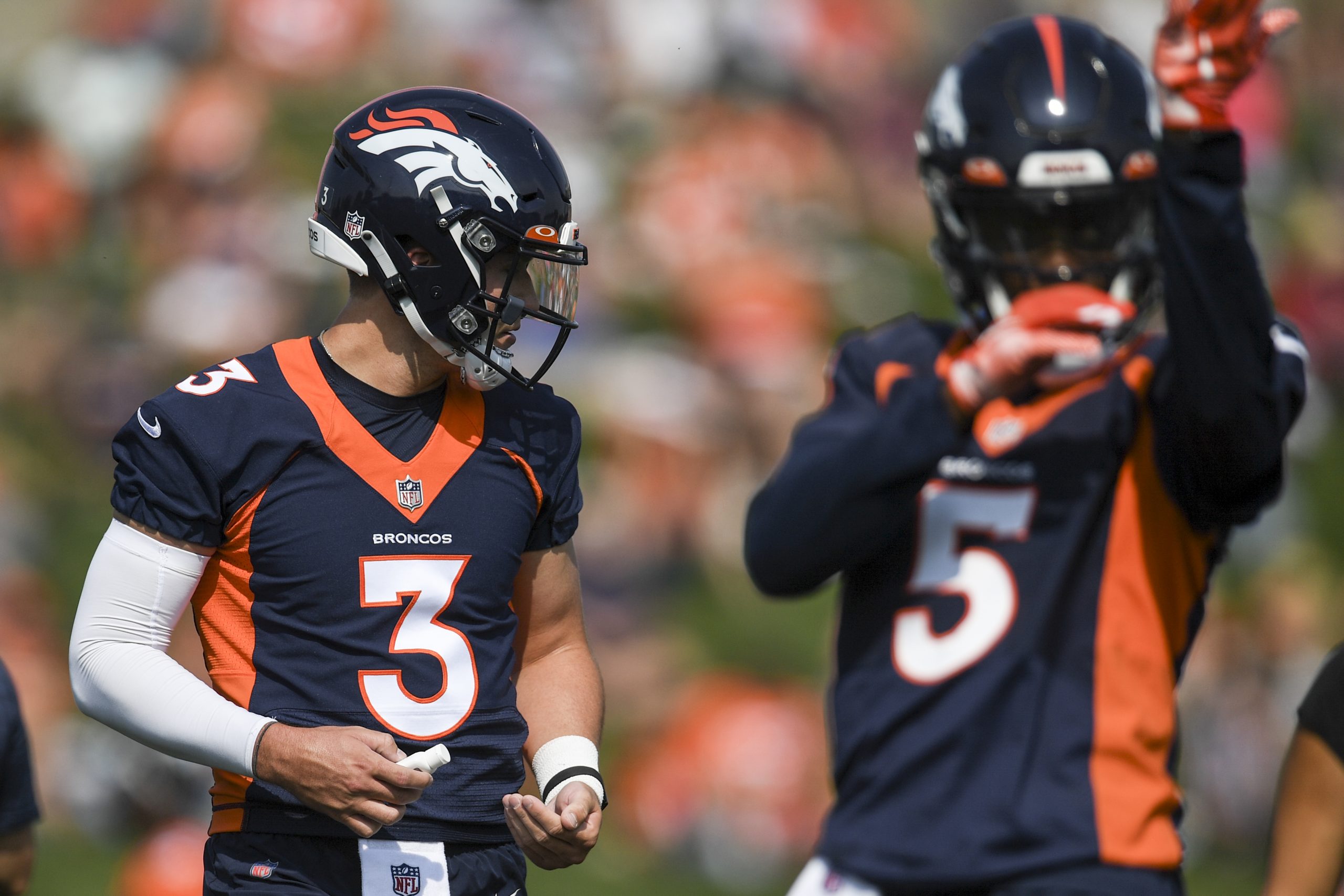 George Paton had a choice to make when it came to third-year QB Drew Lock. Lock is a player that sparks a lot of controversy. A huge arm with above average athleticism, he ended the 2019 season with a streak of five games that left Denver believing they may have found their answer. He entered 2020 as the starter, and proceeded to regress in every major statistic. I won’t spend a lot of time berating or defending Drew, the gist of it is this: In 2020, Drew Lock was near the bottom of every statistical category for QB’s. He was inaccurate, reckless, immature (mainly the COVID deceit), and above all else, didn’t show the jump the league has come to expect from second-year gunslingers. He hadn’t done nearly enough to enter the 2021 season without some competition, at the very least. The question was, who George would bring in?

The 2021 off-season saw many starting caliber quarterbacks migrate teams. I won’t go over how their seasons went, but here is the list of QB’s from which George Paton had to choose, either by free agency or trade prior to the draft: Gardner Minshew, Carson Wentz, Sam Darnold, Cam Newton, Teddy Bridgewater, Matthew Stafford, and Andy Dalton. Aaron Rodgers’ name was thrown around a ton last year, but it never seemed like he was genuinely on the trade block. Deshaun Watson is well…Deshaun Watson. So Paton’s choices at QB were the names listed above. Those names don’t inspire a ton of confidence. Most have fallen into backup roles later into their careers, and more so play the role of placeholder until their respective teams find their true QB of the future.

Matthew Stafford was probably the most acquirable asset that was a guaranteed upgrade over what the team had. Sadly for Denver, Stafford was drawn to the warmer land that is Los Angeles, California. And the Rams gave up a king’s ransom to get him.

Carson Wentz simply cost too much for the risk that he was. He also favored reuniting with his former offensive coordinator in Frank Reich, so he was off the table.

So before the draft, the quarterbacks Paton had to choose from to compete with Drew for the starting job were Minshew, Darnold, Newton, Bridgewater, and Dalton.

These five QBs all provide near identical ceilings, the biggest difference between them being cost to acquire.

Darnold, a former number three pick still at the young age of 24, cost the Panthers their 2021 sixth, 2022 second, and 2022 fourth round picks. Gardnew Minshew cost the Eagles a conditional 6th that can become a fifth based on Minshew’s playtime. Andy Dalton was a free agent who ended up signing with the Bears for one year and $10 million. Cam Newton was released and remained unsigned until mid-November. All of this led George Paton to the decision to trade for ex-Vikings, Saints, and Panthers QB Teddy Bridgewater the day before the 2021 NFL Draft.

The trade for Bridgewater cost Denver a 2021 sixth rounder, with Carolina agreeing to pay $7 million of the remaining $10 million remaining on Bridgewater’s contract. In other words, George Paton was able to find his veteran bridge QB for a sixth round pick and managed to pay him the second cheapest contract of the above players, with only Minshew coming in cheaper.

Teddy isn’t perfect, but acquiring a starting caliber QB for that cheap deserves praise. I’m of the belief that Paton made the correct choice; it’s hard to look at the cost compared to the value the Broncos got out of Bridgewater and not be satisfied.

Acquiring Teddy also allowed Denver to go into the draft without any glaring needs, which garnered Paton the ability to go into every round of the NFL draft searching for the Best Player Available. And that’s exactly what you want when you have a General Manager as good at evaluating talent as Paton is.

Be sure to tune back in for Part 2 to see how Paton handled his first draft! Follow me on twitter @FrankiesFilm and visit us back here at FrankiesFilm.com for all the best discussions on NFL and Broncos football.