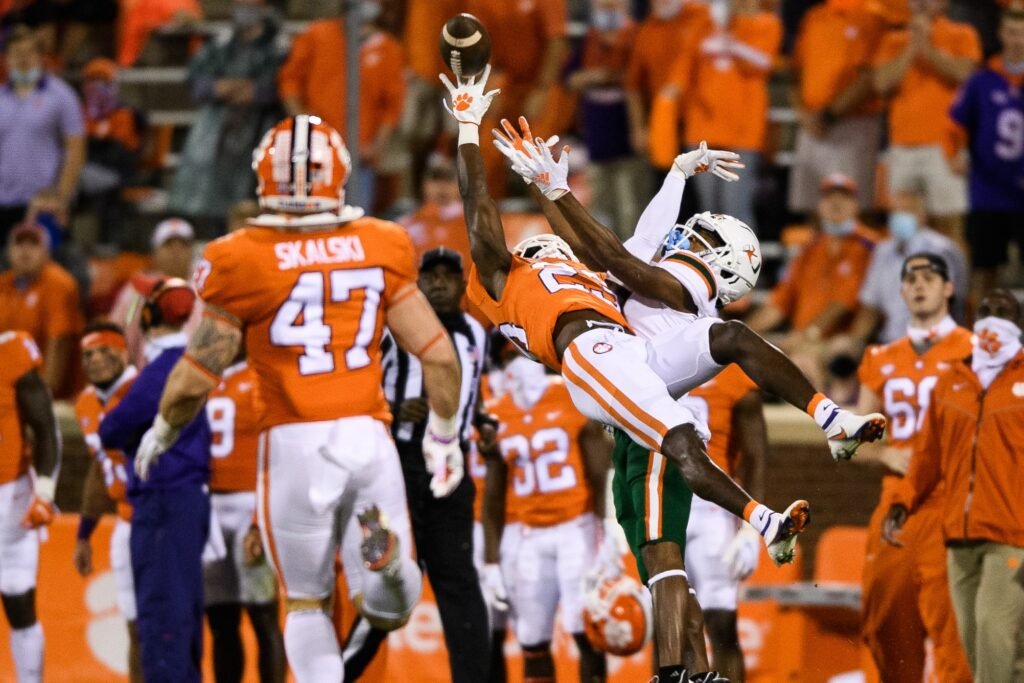 The 2021 season has officially come to a close, with the Los Angeles Rams crowned Super Bowl champions over the Cincinnati Bengals. Now we begin the grueling 6 month skid until NFL football returns to the world. The offseason can be an unsettling world; full of unknowns, hot takes, trade rumors, and mock drafts that can leave you wondering, “should I even watch my team next season?” But fear not, Broncos Country! For I have arrived to guide you through the misery and sorrow that is the 2022 NFL offseason and possibly leave you with a bit of, dare I say, “hope?” going into next season.
We now know the draft order of the 32 teams, so today I’ll be reviewing the first 5 selections in my Broncos 2022 Mock Draft. In this mock I did no trades, assumed all current needs have not yet been filled via trade (e.g. a trade for Aaron Rodgers), and tried to replicate draft strategies George Paton displayed in his drafts both last season and throughout his years in Minnesota.

Mock Drafts as a whole are fairly trivial, with thousands of variables to be decided between now and your favorite team’s selection. The value they do provide, however, is the chance to familiarize oneself with the players available around their team’s selections, and knowledge of the depth at key positions. They also provide me the opportunity to highlight some of my favorite players from this point in the draft process, and articulate what I perceive their current value to be.

With each pick, I will give 10 names I strongly considered for each selection, explain the logic behind the player I finally decided on, and provide some insight and clips of every player selected.

I did this mock on thedraftnetwork.com; be sure to go check out their team for tons of draft profiles and do a Mock of your own!

As the roster currently stands before any re-signings or free agent acquisitions, the Denver Broncos have holes or massive question marks at many key positions. Those positions include QB1, HB2, FB/TE3, RT, C, DT, Multiple EDGEs, Nickel CB, and Strong Safety. While this position list may seem daunting there are plenty of names in Free Agency, along with guys Paton could decide to keep around, who will allow the Broncos to enter the draft without any glaring holes. But for the sake of exercise, let’s see how I would go about solving Denver’s roster problems in the 2022 NFL Draft, using the strategies and positional value that George Paton has shown off thus far.

Andrew Booth Jr. is my favorite corner in this year’s draft, and possibly my favorite player to watch overall. With explosive athleticism, elite ball skills, and incredible instincts, the combination of Andrew Booth and Pat Surtain on the outside would wreak havoc on NFL passing offenses. George Paton’s love for defensive backs is endless and here he starts his GM drafting career with consecutive number 9 selections at corner.

Travis Jones is a force of nature in the middle, and a welcome addition to a Broncos defensive front which has lacked a true difference maker at nose tackle. Travis was among the best players at the Senior Bowl and would be a steal if he slips out of the top 32 selections. An absolute unit of a man who brings explosiveness and displays NFL ready hand fighting techniques, Travis will help Denver’s run defense to return to its former glory, and his ability to absorb double teams will help the rest of the defensive linemen get home in the pass rush.

This year’s QB class isn’t one that inspires, and I hope the Broncos make the wise decision to avoid the crop that presents itself. QB is by far Denver’s biggest glaring hole, and outside of a trade or free agent acquisition, George Paton could decide to draft who he believes to be the Quarterback of the Future. None of the top passers in this class are without their flaws but for my money, the guy I see consistently making NFL level throws the most is Nevada QB Carson Strong. A clear medical examination of his knee and a solid pro day showing could result in Strong being drafted in the first round, so catching him on the slide with the final pick of the second would be too good of value to pass up.

Outside of QB, the biggest area of need for Denver going into next season is a consistent pass rush. With the departure of Von Miller and the uncertainty that Bradley Chubb can return to elite status, the Broncos at the moment lack a premier rusher on either side of the line. Luckily for them, this class is about as deep as they come as far as pass rush specialists. After holding off through day one1 and most of day two, Paton finally pulls the trigger on Minnesota’s Boye Mafe. Mafe possesses a blend of twitch, length, and bend that coaches crave and would be a steal slipping this late into day two.

Two years after leaving Minnesota and Dalvin Cook, George Paton drafts his younger brother. The story writes itself. Paton doesn’t shy away from taking running backs high, as we saw with his hand in drafting Adrian Peterson, Dalvin Cook, and Javonte Williams. He does it again here, finding the perfect lightning to Javonte Williams thunder. James possesses great vision, agility, and speed, all of which will translate well to the NFL game and fit well into the zone-centric scheme we will likely see run in Denver under Nathaniel Hackett.

Be sure to tune back in for the final 4 picks in my 2022 Broncos Mock Draft! Follow me on twitter @FrankiesFilm and visit us right back here on FrankiesFilm.com for all the best discussions on NFL and Broncos football!