Denver and the Three Right Tackles 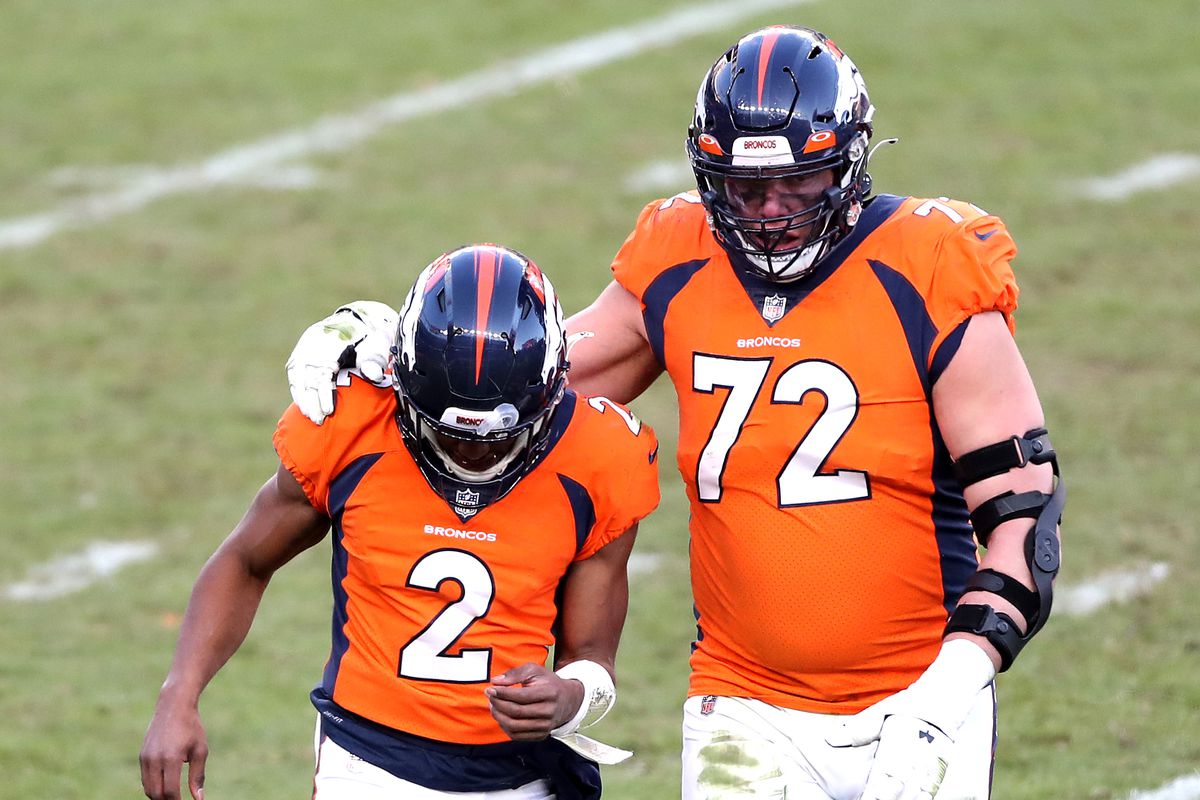 We did it Broncos Country, we finally ended the dreaded quarterback carousel graphic that has haunted our nightmares for ages. Next on the agenda is the right tackle spot, but that long term solution is likely still at least a year away.

Since Orlando Franklin left Denver eight years ago, the Broncos have been riding a seemingly inescapable right tackle carousel. Entering 2022 it’s another year of the same, with multiple one year contracts handed out to journeymen in an attempt to bandage one of the premier positions along the offensive line. With Russell Wilson under center, having at least average or above-average tackle play has never been more important. While I’m confident in the tackle room as it stands to provide serviceable protection, it’s due time for Denver to invest draft capital into the Tackle position, something they haven’t done since drafting Garrett Bolles in 2017. I fully expect George Paton to select one of the many uber-athletic prospects at some point in the 2022 Draft. But it’s incredibly unlikely for a tackle drafted where Denver will be selecting to provide starting-caliber tackle play in year one.

Billy Turner, Calvin Anderson, and Tom Compton are to be the primary competitors for the right tackle job. All of them possess their own advantages and disadvantages; in this article I will break down those traits and hopefully provide some context so you yourself can choose a side in the eventual training camp tackle battle.

Probably the early favorite for the job, Billy Turner was a former Bronco and Dolphin who has spent the last three seasons with new Head Coach Nathaniel Hackett in Green Bay filling in seamlessly at multiple positions. In 2021, Turner played over 800 snaps at Right Tackle and gave up 34 total pressures, which ranked 24th of all tackles who played at least 500 snaps according to PFF; he gave up only three sacks, averaging one given up every 166 pass-blocking reps. Turner offers the highest floor of the three tackles. Smooth sets in the pass game, strong hands with a sufficient anchor, serviceable in the run game, with slightly above average athleticism. If you’re following the money, which tends to be wise, Turner’s incentive based deal gives him the most expensive contract of the three players in the tackle room. Turner’s somewhat limited profile may hurt him against some of the premier pass rushers lurking in the AFC West, but his experience in Hacketts offense gives him an early edge going into camp. Turner believes he and Hackett are ‘cut from a similar cloth’ and the feelings are clearly mutual with Hackett bringing him with to Denver.

Tom Compton is a longtime journeyman appearing on his ninth team in just a ten year career. Compton is another position flexible option, who has logged over 100 snaps at every line position besides center. Last year, he stepped in for the 49ers in week 9 and proceeded to start the following 13 games, acting as a mauler in San Francisco’s run game. Compton comes over to Denver with new offensive line coach Butch Barry and is a perfect scheme fit in the outside zone centric offense. Compton was PFF’s fourth highest graded run blocker and would fill in perfectly next to Quinn Meinerz as a wrecking crew paving the way for Javonte Williams and co. He climbs well, finishes blocks, and finds work. Compton’s limitations come in the pass-game, where far too often he is caught off balance and beaten. Last season Compton gave up a sack every 61.5 plays and gave up six sacks, which tied for the sixth most in the NFL last season. But his familiarity with the new offensive line coach combined with his ability in the run game could find him playing next to Quinn Meinerz week one.

Calvin Anderson has been the Broncos emergency tackle for the last couple seasons and has slowly developed into a starting caliber tackle in today’s NFL. Anderson comes in with ridiculous explosiveness off the snap and refined pass-pro technique that had him nearly beating out Bobby Massie for the starter role last season. Anderson played sparingly, but in weeks 9 and 10 Calvin got to put his talents on full display. Anderson was point blank dominant against the Cowboys pass-rush, and over 92 pass block reps (a small sample size, I know) he didn’t allow a single sack, giving up only seven pressures according to PFF. Anderson was giving Randy Gregory more issues than any tackle I watched last season, and has spent the last two years developing relationships with the four other guys along the line. He and Garrett Bolles are best pals, and I have no doubt they would be ecstatic to protect Russell Wilson together;offensive line play is often heavily based around the “gelling” of the group, giving Anderson a leg-up. Anderson does come in with a lighter frame and doesn’t offer the anchor and punch of Compton and Turner, coming in with the lowest run-blocking grade of the three, and for all of his promise shown last season, every snap was on the left side. Still, his prior familiarity with his brethren in the trenches combined with his immense ability as a pass-protector could mean he’ll be tasked with keeping Russ’ jersey clean.

It’s a classic ‘Goldilocks and the Three Bears’ situation! We’ve got an elite run-blocker (Compton), an elite pass-protector (Anderson), and a seemingly perfect middle-ground (Turner). All three are fine options and could definitely all earn the nod come week one. My early favorite is Calvin Anderson, as I believe he has the highest ceiling and a true chance to become a long-term option. However, it feels like Billy’s job to lose with the amount of money invested, his experience with Hackett, and his experience at the position as a whole. Compton feels the least likely and I believe he’s better suited as a reserve with his position flexibility, but he’s still a dominant run-blocker, and his familiarity with Butch Barry could play a large role.

Who should Nathaniel ‘Goldilocks’ Hackett pick to be his bookend brethren opposite Garrett Bolles this upcoming season? Let me know below or on Twitter!