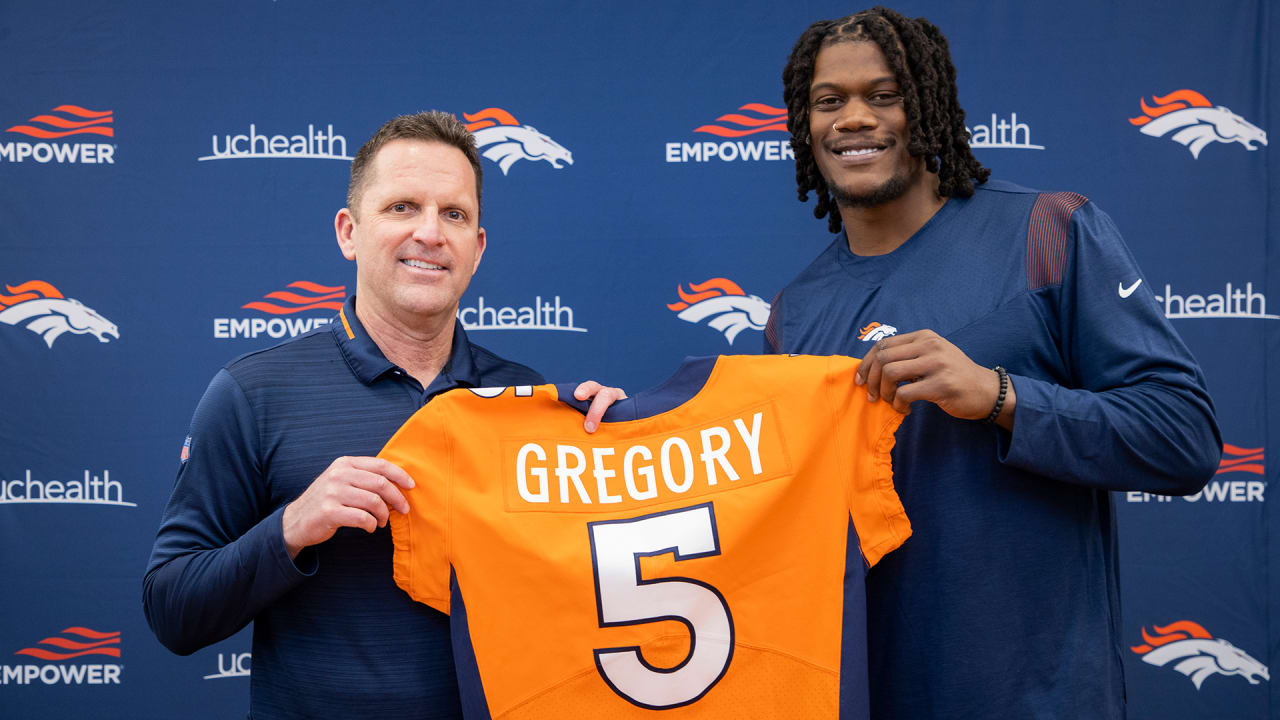 A full week has passed since the opening of the Free Agency signing window. New players enter new cities on large contracts, and teams take risks on players with histories of injuries, sub-par play, etc.

It’s impossible to fully judge an acquisition until we see them on the field. However, we can assess George Paton on the job he’s done filling the holes on the roster, the talent of the players he brought in, and the contracts they were given compared to the rest of the market.
So, it may be early to call George Paton and the Denver Broncos ‘winners’ of the first wave of Free Agency; but they aren’t the losers who guaranteed $230m to an alleged sexual assailant, without so much as reaching out to the attorney representing his accusers.

For a more in-depth look at what D.J Jones will bring to Denver, take a look at my player profile over at Broncos Insight! The summary is this; over the Vic Fangio era, Denver’s defense was lackluster at best against the run. In the trade for Russell Wilson, Denver gave up their best interior presence in Shelby Harris, leaving a hole in the middle of the defensive front. Last season, there was no defensive lineman more impactful against the run than D.J. Jones. Jones and the Broncos are a match made in heaven, and he comes in with a reasonable deal for a block eater of his caliber. Homerun signing for George Paton, and the first big name acquired due to the presence of Russell Wilson!

I’m not sure anyone is a bigger fan of the Randy Gregory signing than I am, so allow me to explain. Very rarely are EDGE rushers of Gregorys caliber made available after the breakout season he just had (and yes I said breakout, look deeper than the sacks). Randy is an alien athlete coming off a season where he had the 11th best pressure rate in the NFL, according to PFF. Fans will be quick to point to the history of suspensions but the slightest bit of research on Gregory shows that he’s an inspiration when it comes to struggles with mental health and addiction, and a hard-working leader in the locker room. I’m fully confident in Randy the person, and Randy the player should be worth upwards of $17M per year fully guaranteed like Von Miller and Chandler Jones received. The fact we were able to get him on such a bargain, and the fact that he CHOSE Denver after being toyed with by the Dallas front-office is purely icing on the cake. George Paton fills the biggest hole on the roster with a MASSIVE talent on a bargain contract. 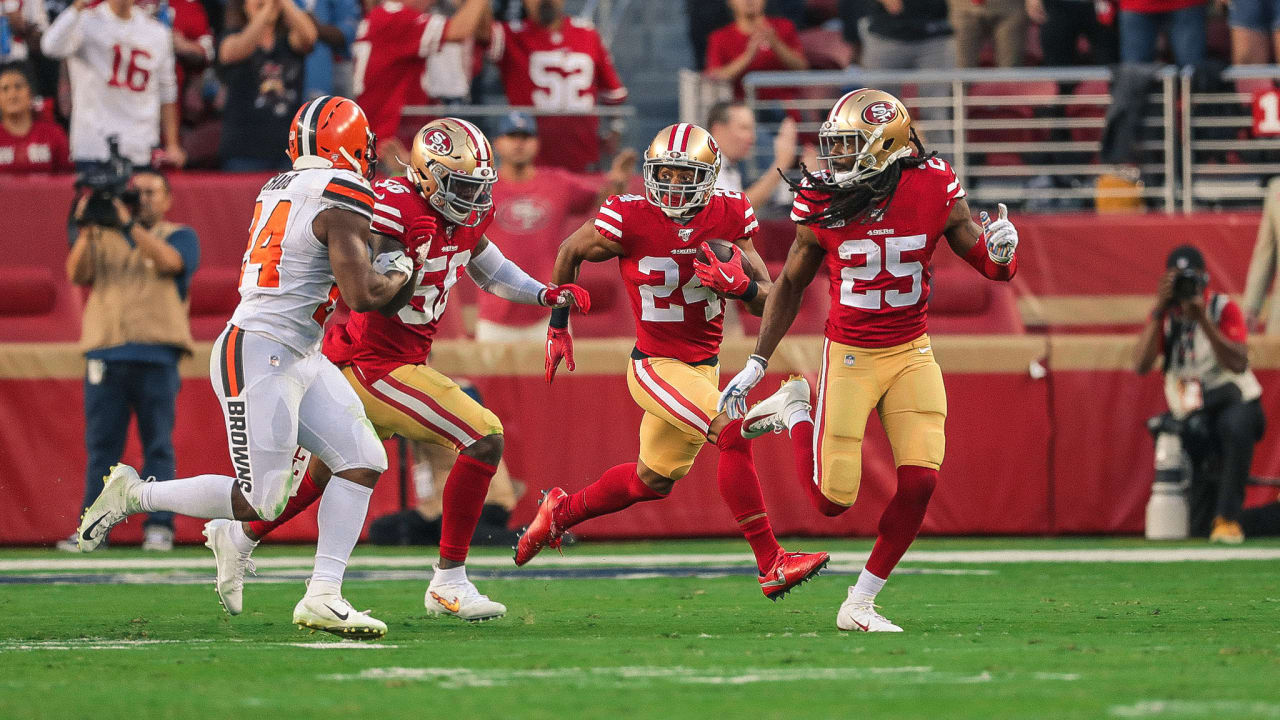 Nickel corner was the sleeper need for Denver this season. Bryce Callahan could still be brought back (and hopefully will be), but the Broncos current CB depth chart was insanely boundary heavy with Surtain, Darby, and Ojemeudia, and only Essang Bassey having experience at Nickel. With new Broncos DC Ejiro Evero coming from an LA Rams defense that utilized more nickel and dime packages (defensive tactics that employ 5 or 6 DBs on the field) than any team in the league, it’s safe to assume that the starting nickel corner will see a fair bit of the field. K’Waun brings plenty of experience, playing 453 coverage snaps in the nickel in 2021, and over 3,000 snaps in his career. He should also provide an upgrade in the run defense from Bryce Callahan, as his missed tackle percentage was only 9.1% with 23 stops last season, while Bryce’s was 17.1% with only 8 stops. William’s was one of only fifty corners to play 800 snaps last season, which is a big upgrade from Callahan, who missed 28 games in three seasons in Denver. We don’t yet know the guarantees for this deal but with 2/$7M as the baseline, there is little risk in this move. 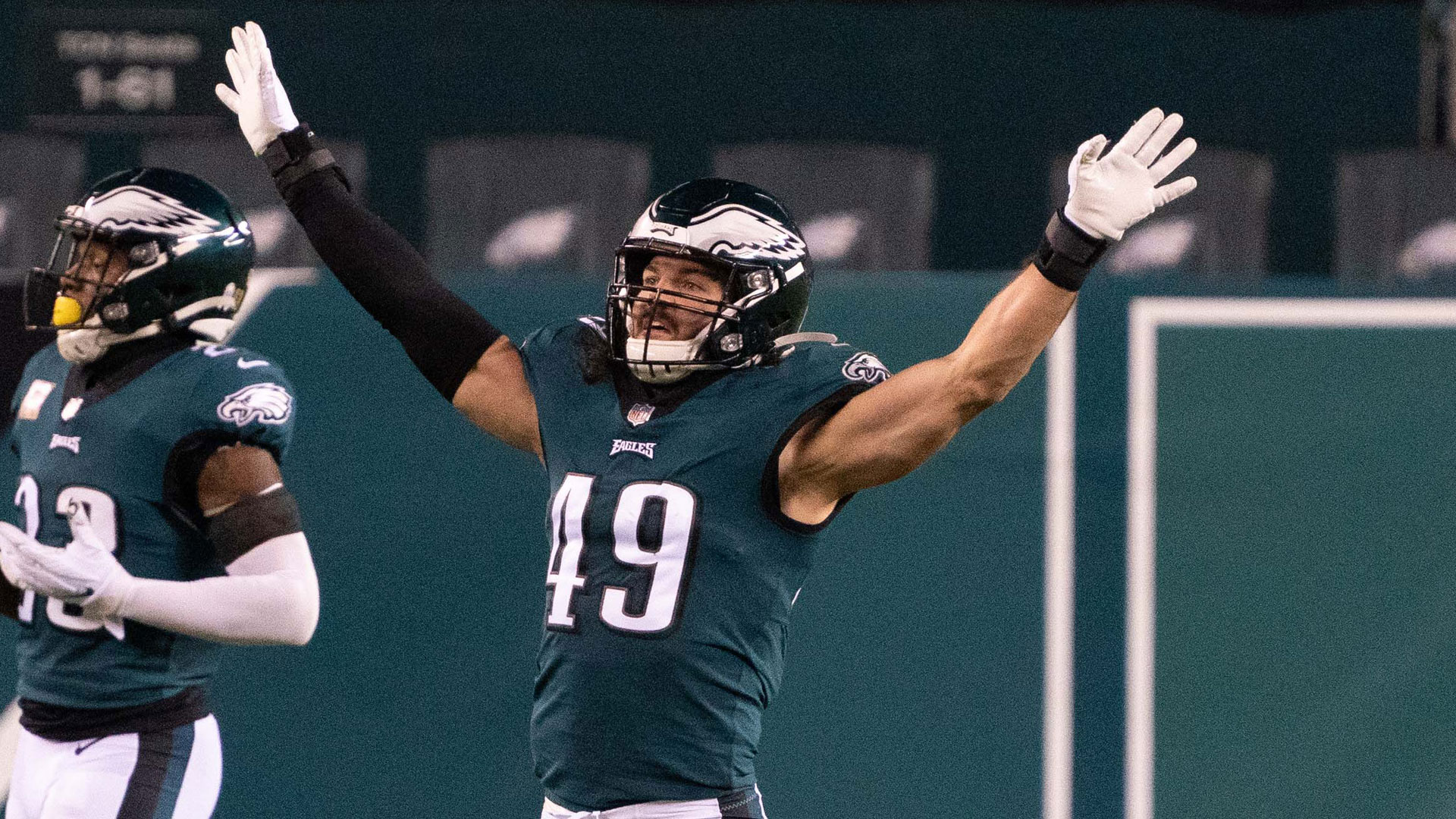 To be completely fair, I may be selling these two entirely short. Alex Singleton has been a very productive linebacker in his career and based on reports has a real opportunity to take the inside backer job next to Josey Jewell. Based on the surrounding talent, and the contract given, I find it hard to believe Singleton will be much more than a standout special teams player, which is totally fine! Tom McMahon is gone, the night is finally over. Denver can once again pride itself on its special teams and coverage units. Alex and J.R. Reed will be studs running down Sam Martin punts in the thin Mile High air.

We now get to the signings that most likely don’t see the field the first snaps of week one, but will still be instrumental to the team regardless. At this very moment, Tom Compton is the projected starting right tackle. But with visits from veterans such as Brandon Shell, I’m operating under the assumption another move is still yet to be made at the position. With that in mind, Tom Compton and Ben Braden come in and offer depth and flexibility all along the offensive line. While Compton isn’t the flashiest in the starting role, he is an integral depth piece with over 3,000 career snaps at four of the five line positions. He has started in the NFL at every position except center, and brings a reassuring presence in case one of the pieces along the offensive trenches should miss a game. Braden has been a practice squad guy for the Packers with Hackett since his days at Michigan, but offers scheme familiarity along with versatility, which teams can never have enough of. 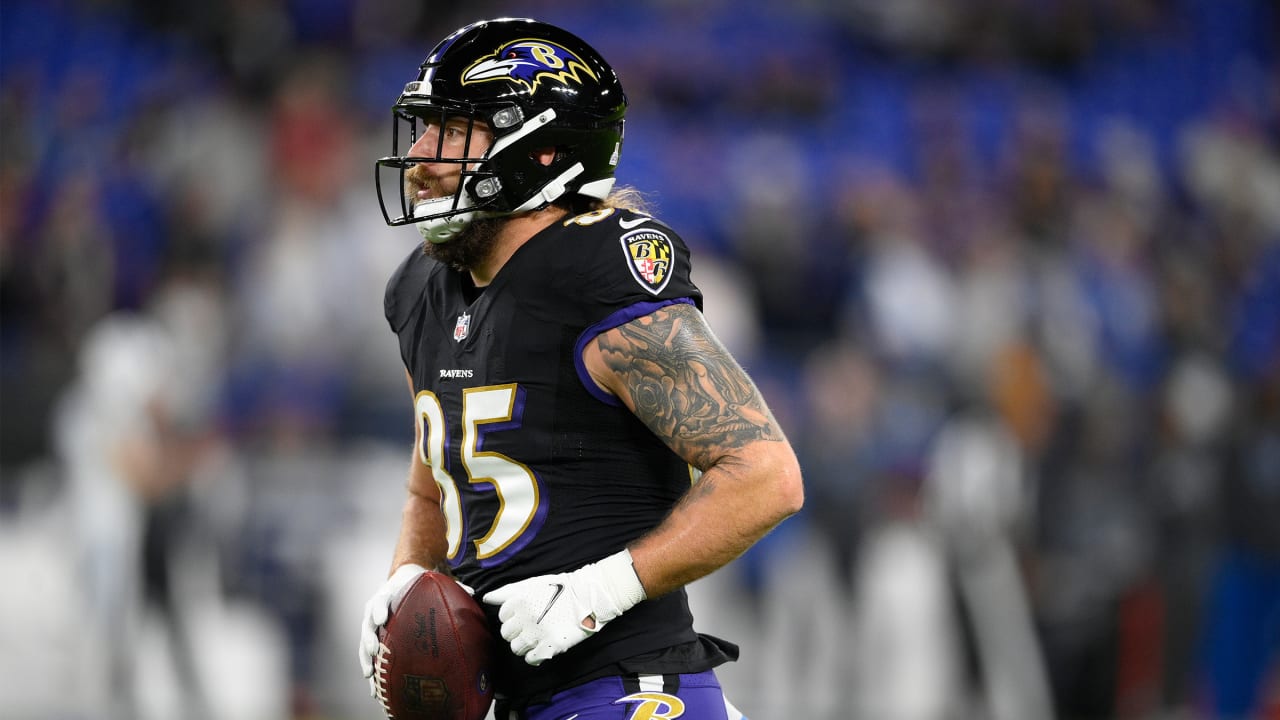 Pour one out for my guy Eric Saubert. Gone but not forgotten. His role as a blocking tight end will be replaced and likely improved upon by former Raven Eric Tomlinson, who was PFF’s fourth highest rated run blocking tight end in 2021. Coming in at 6’6, Tomlinson could also find a role as a red zone threat for Hackett, and Russell Wilson. 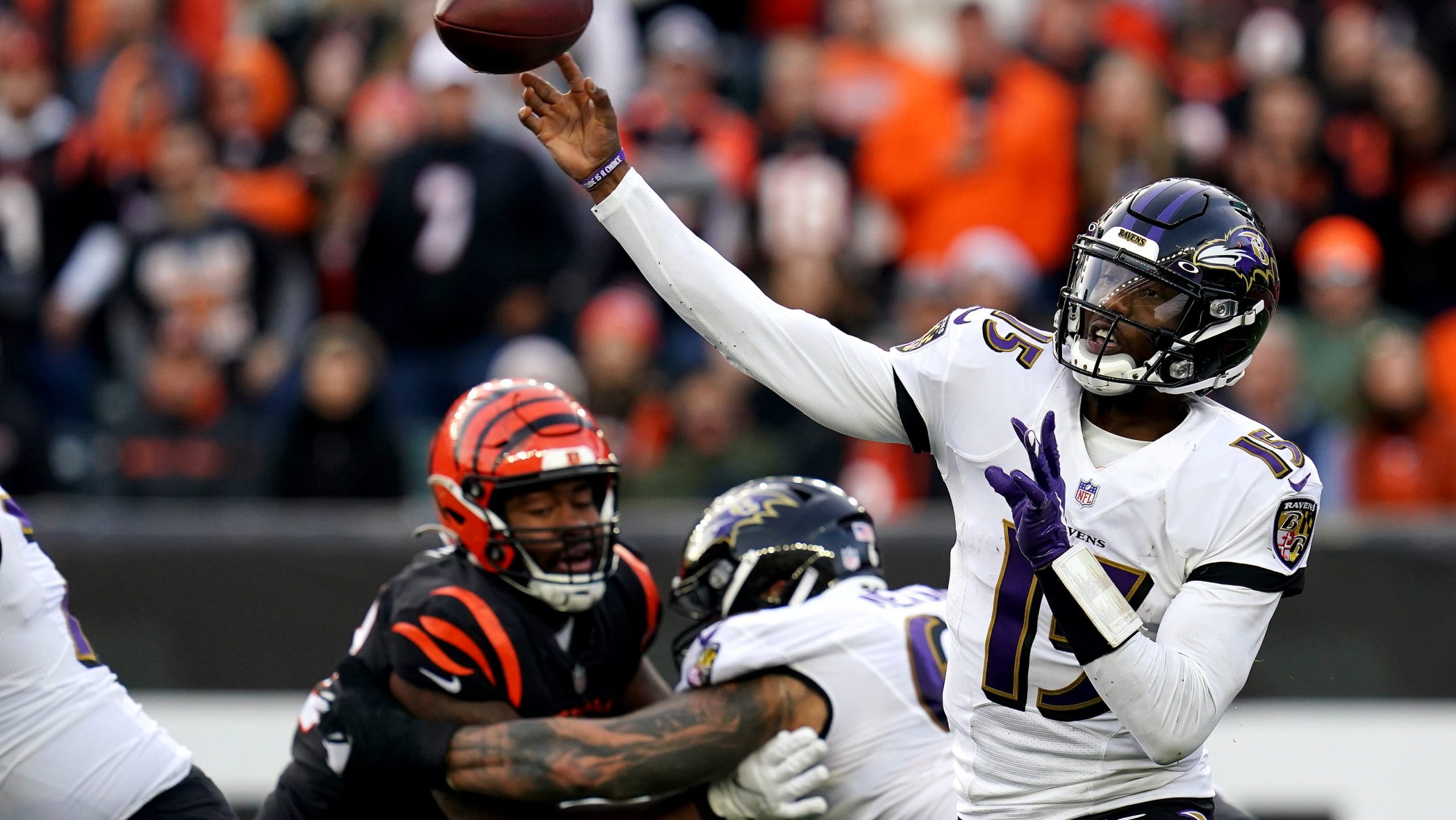 We got a backup quarterback! I won’t pretend this is the difference between a successful and unsuccessful season, but the value of a quality backup can’t be overstated. I won’t lie to anyone, the AFC is going to be tough. Not only the AFC West, but conference wide, it’s looking like a dogfight for those seven available playoff spots. Last year the Steelers snuck into the postseason on a technicality with 9.5 wins (nine wins and a tie). With the infusion of talent into the conference this year, it’s possible we see ten win teams missing out on postseason football, even with the extra spot. Being able to play and trust your backup to keep the team afloat should Wilson miss a game or two is paramount to ensuring the teams success this season. Good on George Paton recognizing the need for an upgrade.