5 Tips to have more fun in Fantasy Football 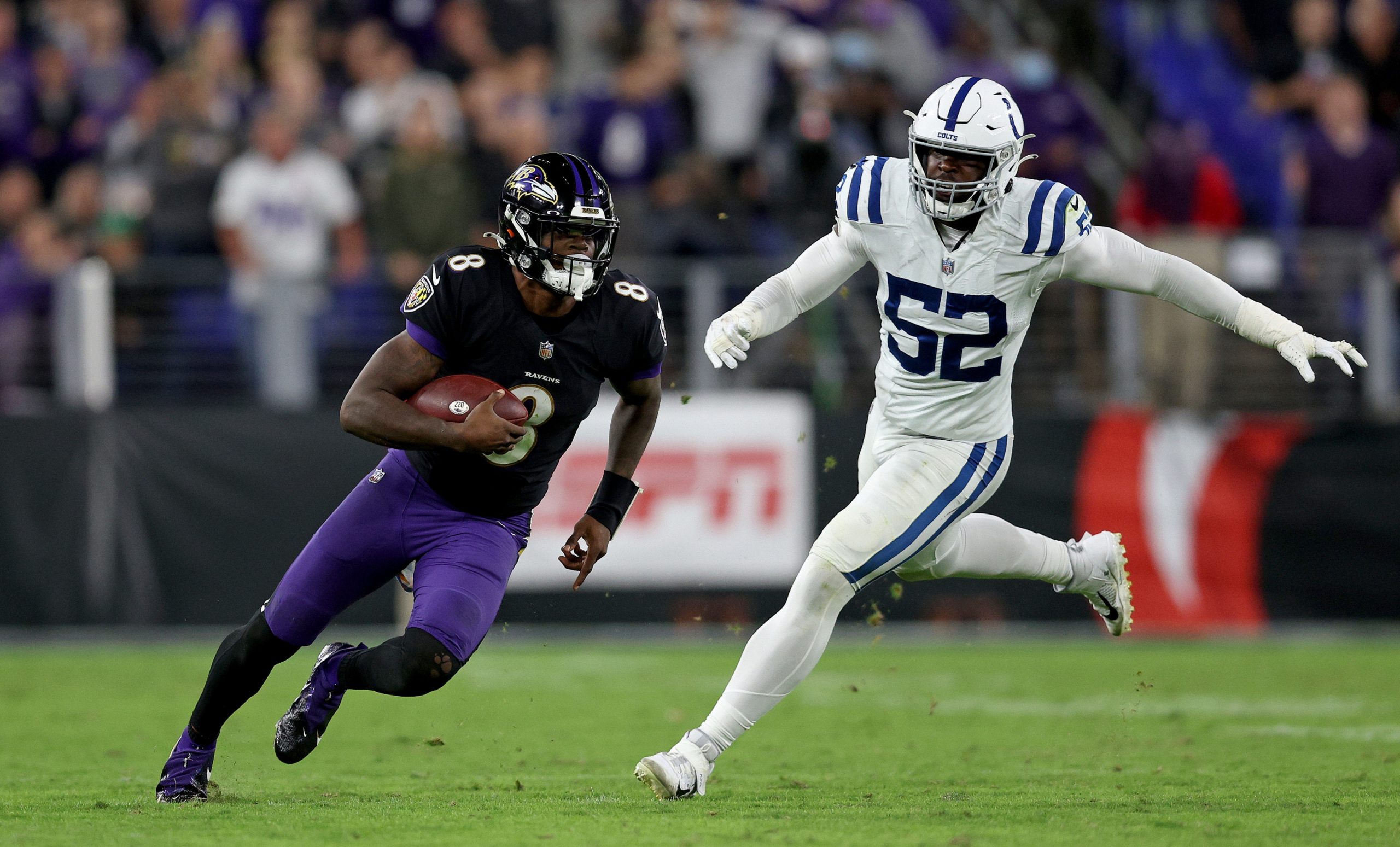 Football is close. I promise.

Training camps and the preseason are a short way away, which for the average fan means sitting on pins and needles anticipating week one of their favorite NFL franchise.

For some though, (in my opinion the wise), this also marks the beginning of Fantasy Football season, and likely the time when most people will be joining or returning to leagues and commencing their yearly draft. (Yes we’re talking redraft only; I’m sorry dynasty players)

I started fantasy football as a 10 year-old kid, playing in some random league on ESPN back in 2008 so I could learn the names of other players in the NFL. I drafted 80% Broncos players, I barely understood the rules, I had an abysmal record, my fantasy football days should’ve been done and dusted… but I fell in love regardless.

A few years later I’d be invited into a league with a few buddies from middle-school and my passion exploded. I invested heavily in the rookie receiver class drafting both Donte Moncrief and Cody Latimer, and as you may be able to guess by the relevancy of those two names… once again, my season consisted of many losses.

Now, I am going on a 5th season commissioning a league with eleven of my favorite people, some of whom couldn’t know less about the intricacies of the game. Our league is as competitive as they come with barren waiver wires, constant shit-talk, and major prizes and punishments.

Fantasy football is something I look forward to almost as passionately as the NFL itself. I haven’t won our league… yet (this is the season I can feel it). But I’ve made the playoffs the last few seasons and think I’ve learned a thing or two, not only on how to be a decent fantasy football player, but more so how to enjoy this weird, exciting, possible gateway into gambling, that I’ve come to love so much.

This is all to say, I’m no ‘Fantasy expert’, but I am an expert on loving fantasy football. (Good line? Cheesy? Who cares.) Hopefully, these tips help someone else improve their experience or even convince someone entirely to start/join a league of their own.

1. Draft players you will watch/enjoy watching.

This one might be obvious, but it’s much more fun to actually see your player scoring the points than it is watching the ticker on Sleeper or ESPN (Though I will admit, that is plenty of fun too).
NFL Redzone makes this a lot less of an issue, as you can typically catch any big-play minutes after it happens, no matter the game. However, if you’re like I was as a kid, it’s possible that Redzone isn’t accessible to you, and you’re restricted to your region’s games and the primetimes. Try to highlight the teams that are usually on in your area, and prioritize some of those players over some you might not be able to see. If you live in California and have the choice between Mike Williams and Terry McLaurin, you’re much more likely to catch a Chargers game than a Commanders game.
Obviously pick your favorite guys and the guys that will help you actually win, but if caught between two players you consider equal, lean towards the player you’ll get the chance to watch; it will only improve your experience.

Obviously, the best players on the best teams are good fantasy players, but far too often the third or fourth guy on these same offenses is incredibly undervalued compared to someone from a far worse team who plays a bigger role.

Good offenses are going to get yards and score points, period.

While it can be hard to project who is going to be good or bad on any given season, or what teams will make a leap or fall off a cliff, typically, there are a fair number of teams that everyone can expect to be fairly successful, barring major injuries.

The Packers, Chiefs, Rams, Bills, Bucs are all safe bets to be near the top of the league in scoring and yardage, and that’s just to name a few. You WANT pieces of these pies, especially in comparison to having a similarly valued piece of say, the Chicago pie. (Sorry Bears Fans)

This shouldn’t be a rule of thumb, and it isn’t to say that there isn’t fantasy value on worse rated offenses, there certainly are. But when building your roster and picking the core building blocks of your team, keep this in mind as another way to think of the players that make up your roster.

Not only are you drafting, say; Davante Adams, who is obviously insanely talented. You’re also investing into his share of the Raiders passing game as a whole, and the value that brings.

“You just told me to grab all the players on good offense! Now I’m not supposed to over-invest?”

Sure, having the entire Chiefs offense feels awesome on the weeks when it’s clicking. But on a week-to-week basis, there are only so many points a team can score. While some players are easier to play with each other, like say a QB and WR stack, some just aren’t compatible like drafting multiple running backs from the safe backfield. Spread your wealth so when the unexpected happens, you’re covered.

It’s also about giving yourself the greatest chance to succeed come playoff time. While riding the wave of a team can be rewarding, for every insane stack that ends up putting up big points, there are an equal number of poor offensive showings that can see you entirely decimated by one good defense or poorly timed injury.

Actually negotiate trades! I know it can be scary. Don’t just say no or yes to every offer that comes in. Talk up the price, talk down the price, discuss with other people.

Trades are part of what makes leagues great; no matter the deal, big or small as it may be, there is always a winner and a loser of that trade. It purely adds to the enjoyment and creates camaraderie among your leaguemates.

On top of this, you never know who is available until you ask. The guy you want more than anything might not be worth the same to your buddy, and the guy you think is absolutely worthless might be the apple of another player’s eye.

Don’t be scared of being ripped off. Though you should be wary of the occasional bad offer, be excited to upgrade and change the trajectory of your season.

Counter-offer and if they don’t like that one, counter-offer again. Build a league where trades can happen at any time, where massive deals are happening behind closed doors, and championships are being won in the shadows. I promise you won’t regret it.

We’ve all been there: your star running-back blew out his knee and your buddy has absolutely no idea. You could completely swindle them due to their pure ignorance, and it’s not really your fault they don’t have your resources of information!

Well, I’m not going to tell you that’s wrong, but I will say– a well informed league is a fun league. Don’t play for the sole purpose of intentionally trying to shame someone for not being as smart as you. No one wants to play with the bully.

If some major news happens throughout the week, toss it in the chat!

If someone asks where you get your news, show them on the right path!

Playing on Sleeper makes this a ton easier and is the platform I’d recommend playing on, as I find it to be the best fantasy app for news updates. That way, the same app your league is happening on is also the one giving you breaking news.

Obviously this goes to an extent, not every piece of vital, game-changing information needs to be shared. But it’s important to ensure that everyone in the league at least has a basis for finding information.

Once they’re invested and have their own ways of getting updates, rip their hearts out!

But don’t crush the beginner player for the purpose of bettering your team. Sure, you might improve in that moment and heck, you could even win the league. Chances are good though that you’ve somewhat ruined trading and fantasy football as a whole for that player, and what’s the point in that?

Winning money or prizes or whatever your league does is great, but it’s about building a long lasting league that you get all your friends heavily invested into.

That way, when you lift the trophy over the mangled rosters of your opponents and watch them weep tears of defeat, you know they’ll be back the following year, yearning to take your spot.

And that’s what it’s all about.