In 2021, George Paton seemingly worked witchcraft with his ability to retain key players. Giving extensions to Justin Simmons and Shelby Harris, picking up Von Miller’s option, and releasing then re-signing Kareem Jackson to a team friendly deal. This year is one and the same for Paton, as he will have to decide whether or not to retain many key players on both sides of the ball– players including but not limited to Kyle Fuller, Teddy Bridgewater, Melvin Gordon, Bryce Callahan, Kareem Jackson, AJ Johnson, Josey Jewell, and Bobby Massie. All eight of these players entered 2021 as the starter at their respective position. Below I’ve listed 5 of Denver’s pending UFA’s that I believe George would be smart to retain. When Bryce Callahan is healthy he is among the NFL’s best slot corners. Sadly, Callahan missed a total of 28 of 49 possible games over his first three years in Denver. That injury history probably has most fans fairly confused. Why would we pay to keep a guy who missed more games than he played? Allow me to explain why it’s worth it. Bryce’s last contract was for 3 years/$21 million, he cost so little due to a broken foot that ended his 2019 season. That contract today comes out to the 33rd highest paid corner per year. Three years later, and Callahan has endured even more injuries and has breached the wrong side of 30. All of these factors will drag down his market value, to a more than reasonable point. Callahan finished the year strong against the Chiefs and enters this offseason fully healthy. If Denver can keep Callahan around on a similar or cheaper deal, knowing he’ll be healthy for the start of next season, it would be well worth it, especially in a division with Mahomes and Herbert, to do so. 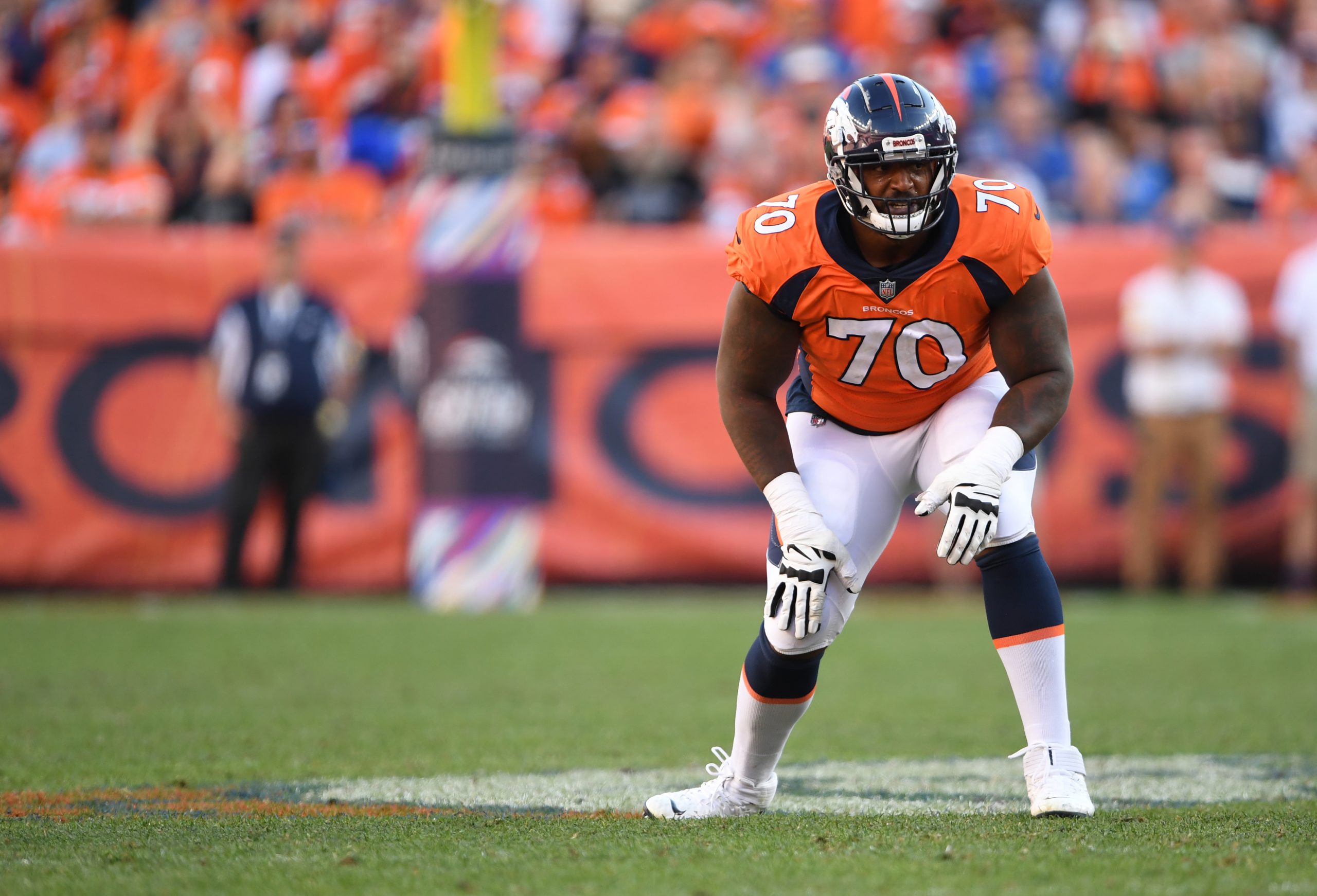 Massie was a last minute Paton signing last offseason, when projected starter Ja’wuan James tore his achilles and was released from the team. Massie stepped in and instantly was the best right tackle the Broncos had fielded in years. He was a force in the run game, helping Denver find their offensive identity of pounding the rock, and while he isn’t a world beater of a pass protector, he is much better than the other available names on the market. Losing Massie would represent a noticeable step backwards for the offensive line, and would likely force Paton to select a tackle high in this years draft with the expectation he can start day one. Bobby’s wife has already conveyed an interest in the two remaining in Denver, so as long as the deal is reasonable there is little reason for George to look for a replacement. 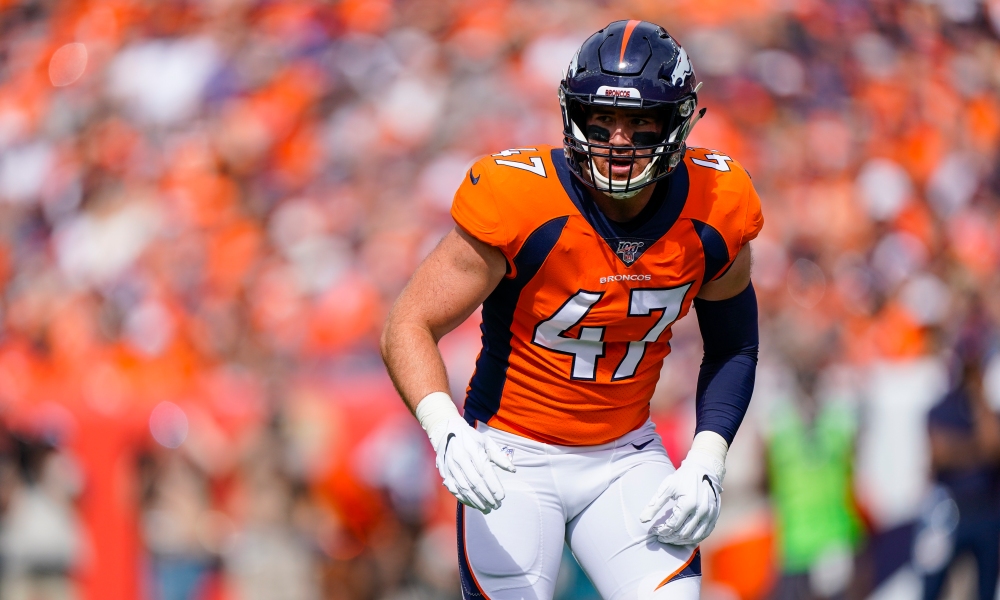 Denver currently has three interior linebackers set to hit free agency. Those backers being Josey Jewell, Alexander Johnson, and Kenny Young. No matter what, Paton should look to keep one of these guys. They have all flashed when asked to step in, and all represent cheap options to line up next to up-and-coming second year linebacker Baron Browning. Jewell is my favorite of the three, due to the many roles he plays on both the defense and special teams. Under Vic Fangio, Jewell was the defensive play caller in the huddle, and got everyone set before the snap. He’s also great in the run game, and in his two games played this season flashed his best coverage performances to date. It was looking like a breakout year for Jewell before a torn pec in week two ended his season. Jewell’s intelligence is what sets him apart from the other two, and I hope he’s able to take Browning under his wing if he is retained. Still, choosing Kenny Young or Alexander Johnson over Jewell wouldn’t be the end of the world. 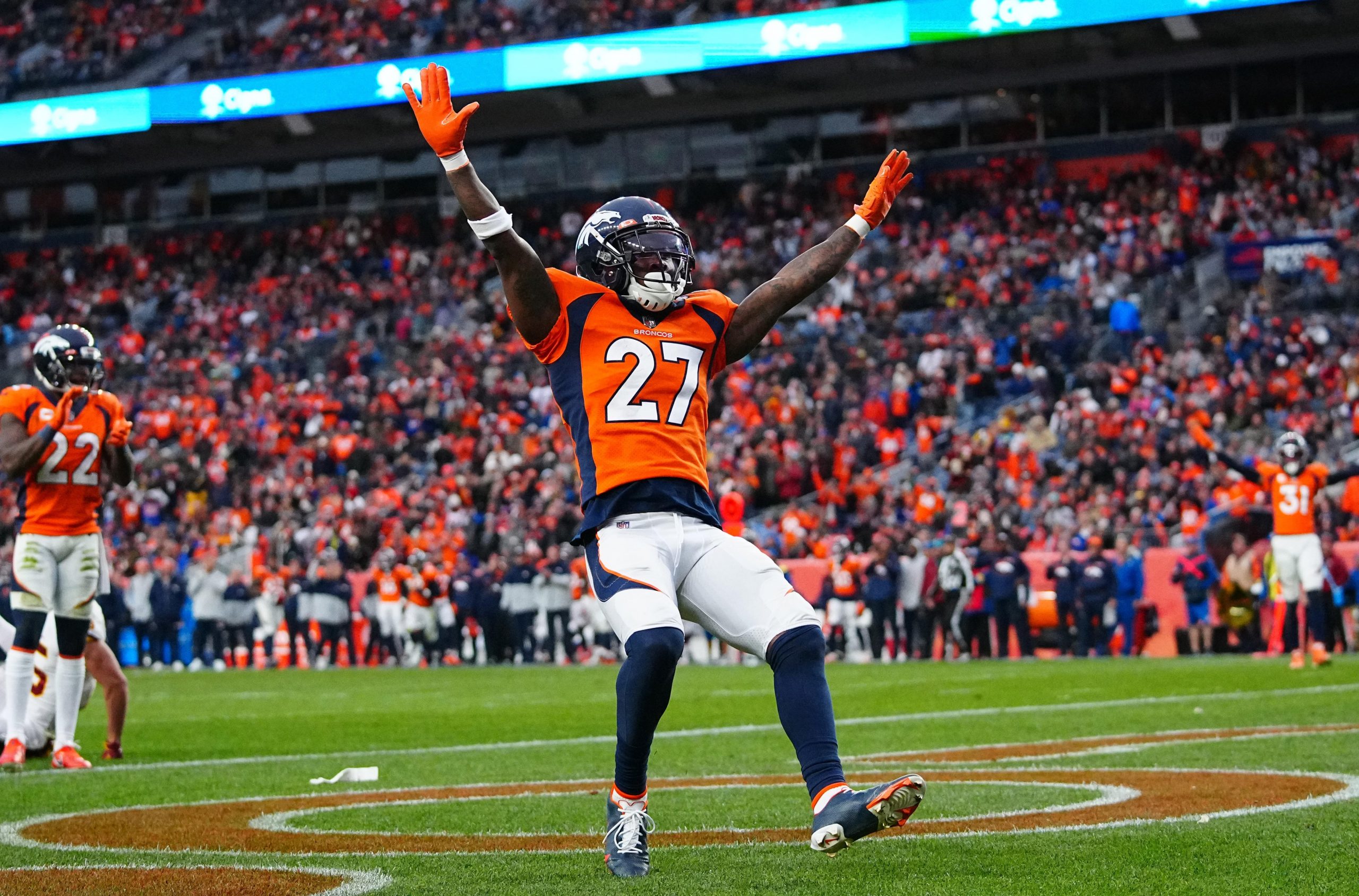 Nate showed a ton of promise last season during the absence of Callahan. Whether kept as depth behind Bryce or given the shot to compete for the starting role, Hairston has earned another season in Blue and Orange. In the small sample from last year, Hairston gave up eight catches on 15 targets for 55 yards, on top of not missing a single tackle. He displayed adequate movement skills and ball tracking ability, and seemed to excel when having a deep safety playing over him. As with every free agent on this list, he should be cheap to keep around, and provides stability and even some upside at a position of need. 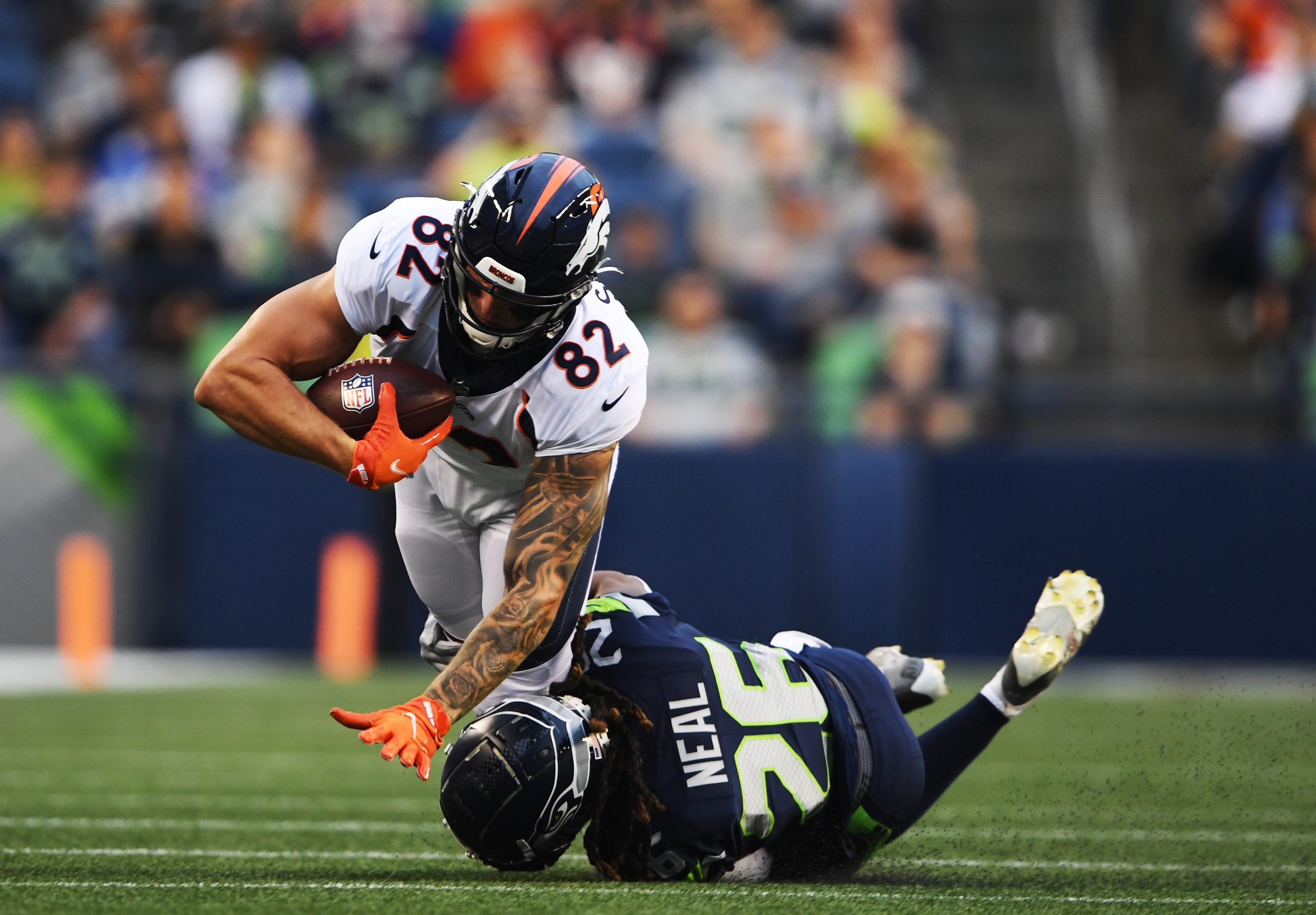 This one might come across as kind of a shock. Heck, some of you might not even know who Saubert is! You’re probably thinking, “A 3rd string tight end? Who Cares?” and to that I respond, “I DO!”. Noah Fant and Albert Okwuegbnam are great weapons in the pass game, and create mismatches the second they step onto the field and stress offenses vertically like not many tight ends can. They both are severely lacking in one key trait though– blocking. Blocking is Saubert’s area of expertise. In 2021, PFF credited Saubert with their 5th highest run-blocking grade of all tight ends with at least 200 snaps. His grade tied with arguably the best non-linemen blocker in the league, George Kittle. Saubert does the dirty work that is needed on an offense trying to establish an identity in power football like Denver is, and again much like the other four players on this list, he will be incredibly cheap.

While these are my five favorites to retain, it should still be stated that I’m not particularly opposed to anyone not mentioned. I just don’t foresee players such as Teddy Bridgewater, and Melvin Gordon etc. to play to the level of their expected market value with the current state of the team.

Melvin has been great, but he’s coming off a solid season and projects to be one of the top backs available on the market, while also being on the wrong side of 30. He should receive a sizable contract as a team’s starting back, and I don’t think it’s wise to overpay for a back in a committee role. He is simply a luxury the team can’t afford. With Javonte Williams in the backfield, the Broncos would be better served looking for a younger cheaper option in either draft or free agency, or rolling with current backup running back Mike Boone.

Teddy reportedly wants $25 million dollars per year, and likely a multi-year deal. If this can be negotiated Bridgewater does serve as one of the more favorable “bridge” quarterbacks available if the team is unable to acquire an upgrade through trade in the offseason. With the current state of the team, George is best served letting another team take on that money. These re-signings leave Paton with only a few holes on the roster before entering free agency and the draft. With over $40 million in cap space and five top 100 picks in this year’s draft, we could see Paton’s second offseason with Denver surpass his first.

Be sure to tune back in for more Articles! Follow me on twitter @FrankiesFilm and visit us back here at FrankiesFilm.com for all the best discussions on NFL and Broncos football.