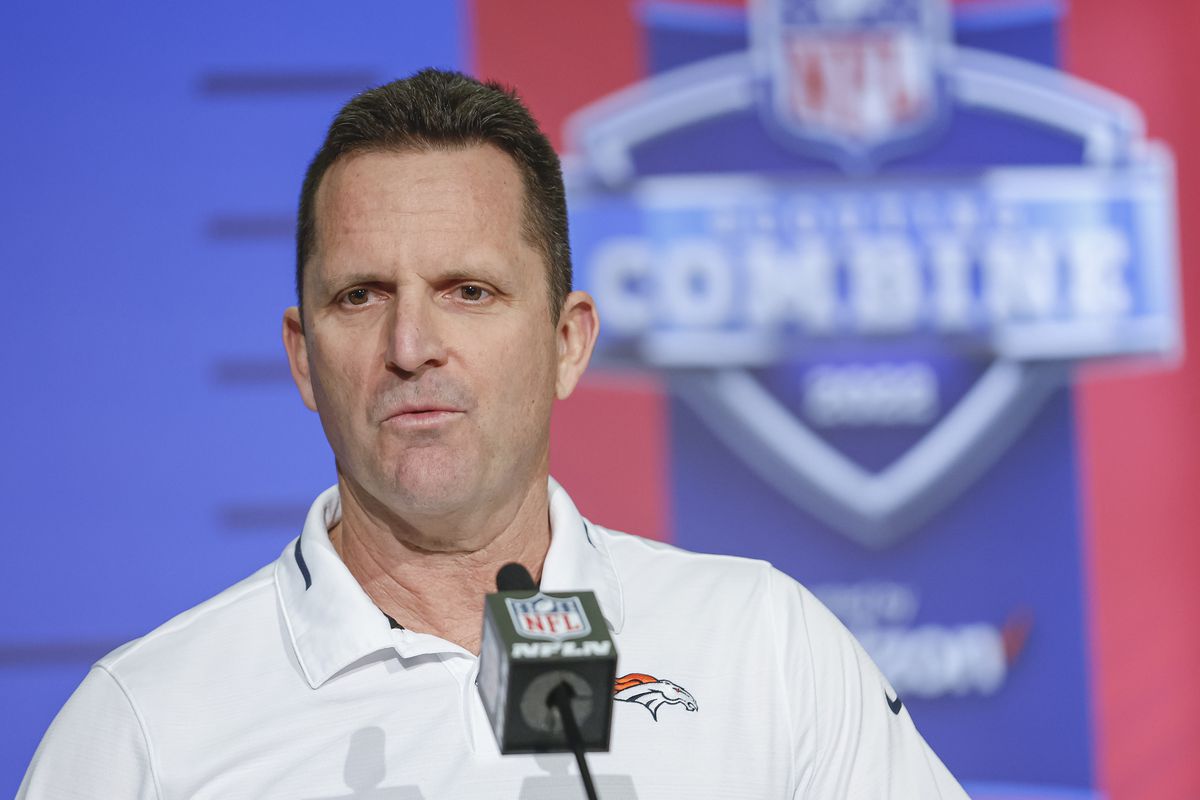 The 2022 NFL Draft has concluded, and what a draft it was for George Paton and company. Nine young faces joined the Blue and Orange realizing their dreams of playing on the NFL stage.

George Paton did a masterful job ensuring this roster lacked holes in the starting 22 so he could enter the draft without being forced into selections at certain positions. This allowed him to acquire key-depth pieces and even some day one contributors at premier positions, solidifying Denver’s as one of the strongest rosters in the NFL.

Even though my initial view on this class is positive, I won’t pretend it doesn’t possess its faults, and I’ll give my fair thoughts on each move as a whole for what they are based on the positional value of the pick, fit on the team, and the prospect themselves. Annual reminder that these post-draft grades DON’T MATTER. None of these players have even suited up for an official NFL game, so it’s far too early to pass judgment on what they will be in their playing careers. These are simply my thoughts on each move George Paton made over the past three days. I’ll just say it again because it bears repeating and can be easy to forget when looking at the list of draftees. Denver used a first and second round pick to acquire a Hall of Fame Quarterback. There is no better use of draft capital. Denver Broncos playoff football is a legitimate possibility and it can not be overstated how much that has to do with #3. Denver could’ve drafted nine running backs who will never play a snap and I still wouldn’t have given George a failing grade. He has dismantled the QB carousel for (hopefully) the next five to ten years.

I’ll be honest, day two of the draft was painful, though through no fault of Denver’s. Picks 33 through 50 are some of my favorites every year as key contributors, many of whom were first round grades that slipped, are taken left and right. With Denver picking 64th, I knew I’d watch some incredible players be snagged right out of Denver’s grasp. After seeing the prospects they missed out on, however, I can’t help but wish they’d made a slight move up. Hindsight is 20/20, but with 8 picks available to Denver in rounds four through seven this year, I wish George was more a tad more aggressive.

Between picks 45 (around where Denver was able to reasonably move up) and picks 63, David Ojabo (45), Josh Paschal (46), Alontae Taylor (49), Cam Jurgens (51), Cam Taylor-Britt (60), and Drake Jackson (61) were all selected. I viewed each of these guys as immediate starters with the lone exception being Ojabo, who before injury I viewed as the highest upside pass-rusher in the class. Getting one of these players AND trading for Russell Wilson was simply wishful thinking, but I still can’t help but feel left wanting more with how close they came to being Broncos. They did what was probably the smart thing and stayed put at pick 64 letting Oklahoma edge rusher, Nik Bonitto, fall into their laps.

Nik Bonitto is a great addition and the highest player I had on my board for the Denver Broncos at pick 64. It’s no secret Denver needs to rush the passer better, and Bonitto provides just that. A blur off the edge, Bonitto beats tackles off the snap on a weekly basis and brings a ton of speed to the Broncos Edge room. Bonitto will need to put on some weight before being an every down player, and year one projects to primarily act as a rotational pass rush specialist. But when it comes to pass rushers it’s best to bet on traits, and Bonitto has traits for days.

Denver also held the 75th pick, and I sat in anticipation PRAYING that Travis Jones, arguably my largest draft crush, would be there. By some divine miracle… he fell. I couldn’t believe my eyes; the Broncos were on the clock and anything was possible. Then it happened.

The Broncos traded down from pick 75 with the Houston Texans for pick 80 and pick 162. “It’ll be fine”, I thought foolishly, “sure enough Travis will be around for five more…”

He went pick 76 to the Baltimore Ravens.

Pick 80 rolled around and I raised my eyes to see the second of three top-100 selections. 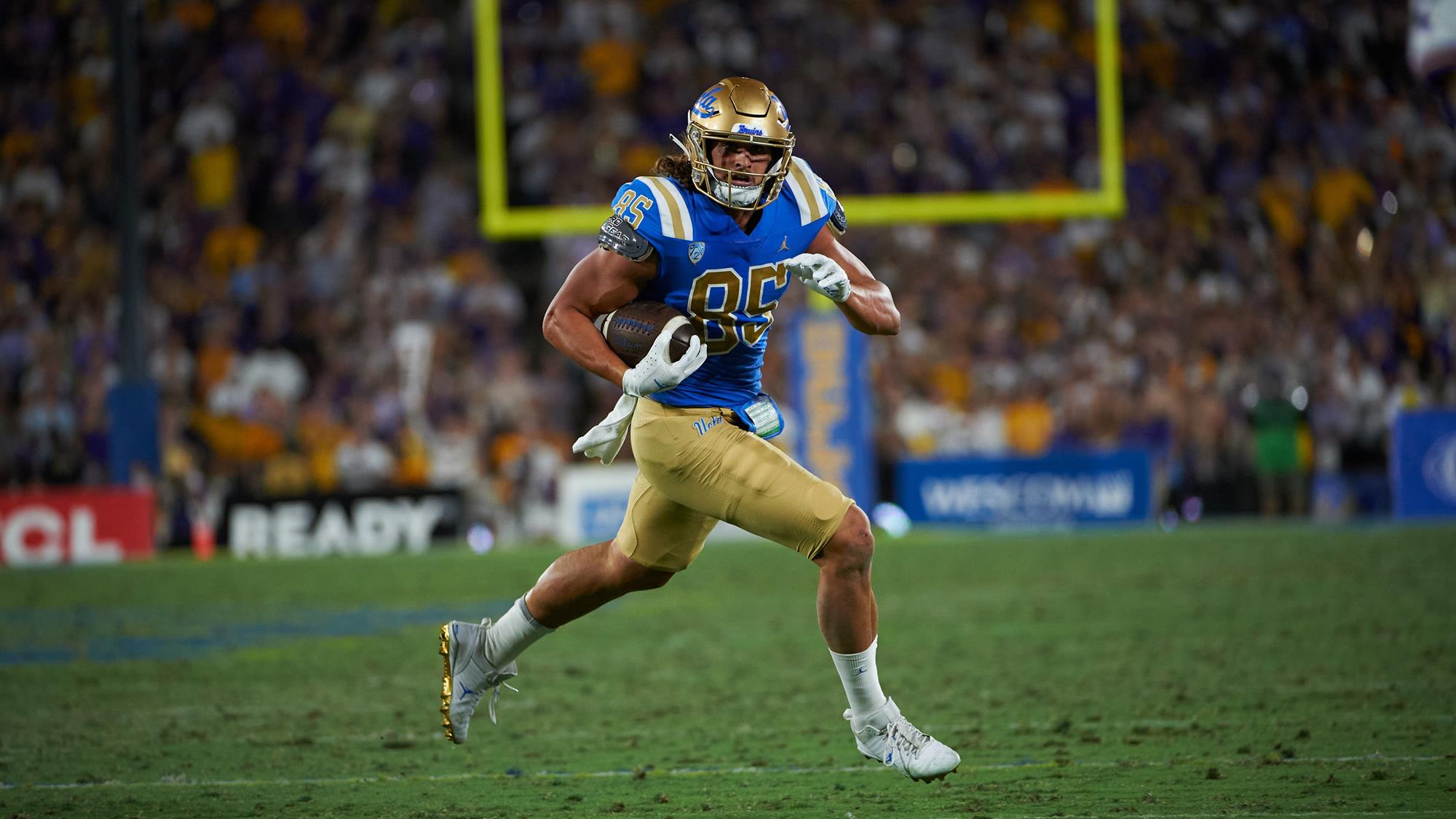 I won’t sugarcoat, I don’t like this move. Greg Dulcich is fine, a talented receiving tight end with polished routes, great hands, and plus athleticism. He should be a great weapon in Hackett/Outtens offense and will look to fill the Robert Tonyan role from the Green Bay offense.

My issues come with the when and the what, not the who.

Taking tight ends early on is a tough sell, as it’s one of the more difficult learning curves in the league and is so dependent on development of their weaknesses over the first couple seasons. While Greg brings a ton of prowess as a receiver, he leaves a ton to be desired in the blocking department, and is a tad redundant on an offense already including Albert O. His role in year one is likely incredibly limited outside of a mismatch in the red zone, and I project him to be the third tight end on the depth chart for week one, as I project Albert to be the starter and occasional receiver hybrid and Eric Tolbert to handle any additional inline work.

This combined with the availability of many comparable tight ends later on and the overall limited usage we’ve seen from Russ and the tight end position made this my least favorite move of Denver’s draft. I believe Dulcich has the ability to become a difference-maker. I just question how quickly we see him reach that potential.

Denver also held pick 96, but decided to move down the draft board to acquire picks for 2023. They moved down with the Colts for an additional 2023 third rounder and pick 179 from this year.

This move is great; they wouldn’t have to wait long for their fourth round pick and the board wasn’t terribly loaded as it was. George is able to stock up an extra top-100 pick for next draft and get back an extra dart throw for day 3.

Day 3 is where championship teams are built, and George made sure to acquire as many pieces as possible for his championship puzzle. The Broncos entered day 3 with eight selections and walked away with seven players. While these names may not be the flashiest, I believe the team did a great job finding players that combine experience, athletic potential, and leadership to fill out Denver’s roster and practice squad. 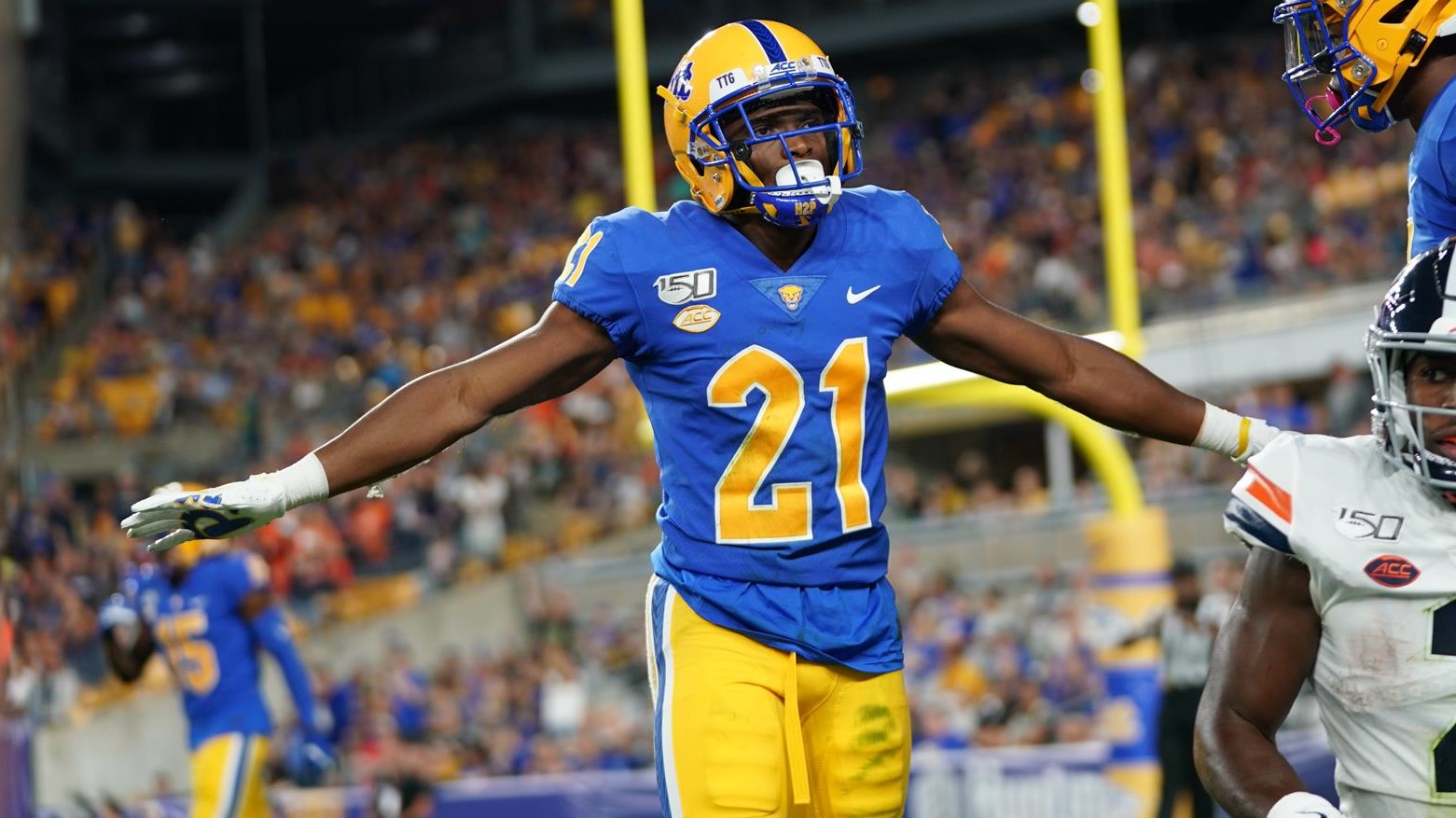 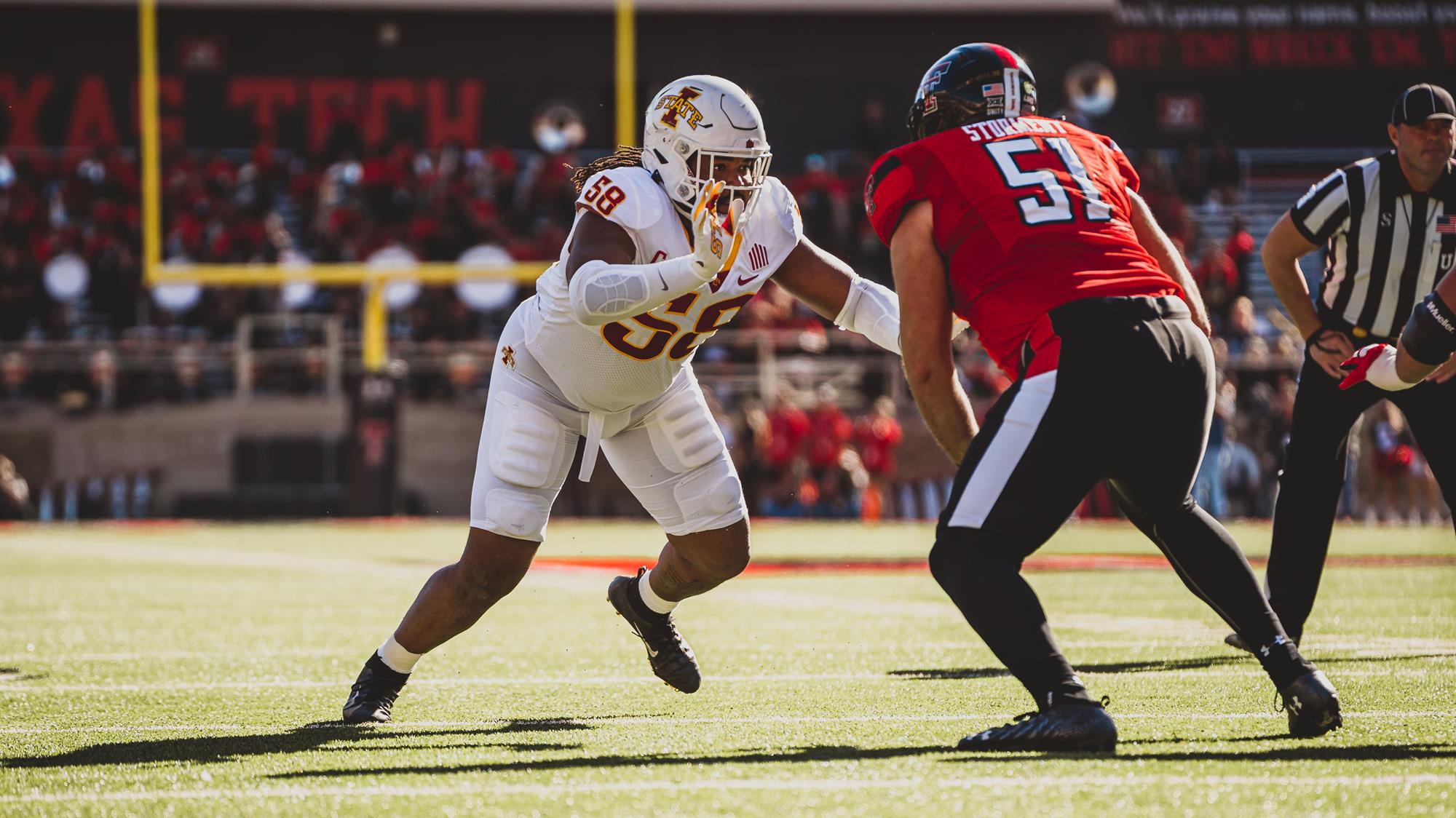 In round four, Denver added to their somewhat thin cornerback room with one of my favorite prospects in the entire draft, Damarri Mathis. Mathis was a Senior Bowl standout who offers elite athleticism and great press technique. A sticky corner who isn’t afraid to come down and lay a big hit.

They also added Iowa State defensive linemen Eyioma Uwazurike, who brings a ton of experience and versatility to the defensive line. A mammoth prospect coming in at 6’6 and over 300 lbs. 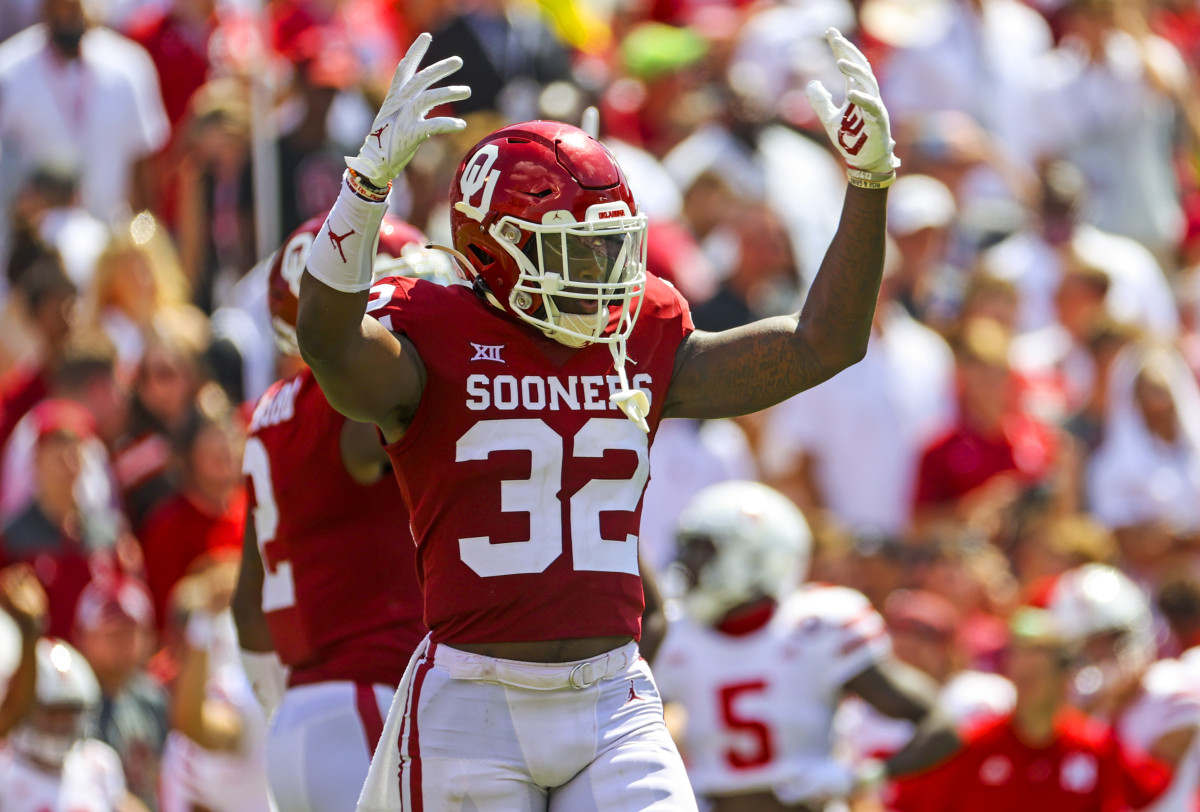 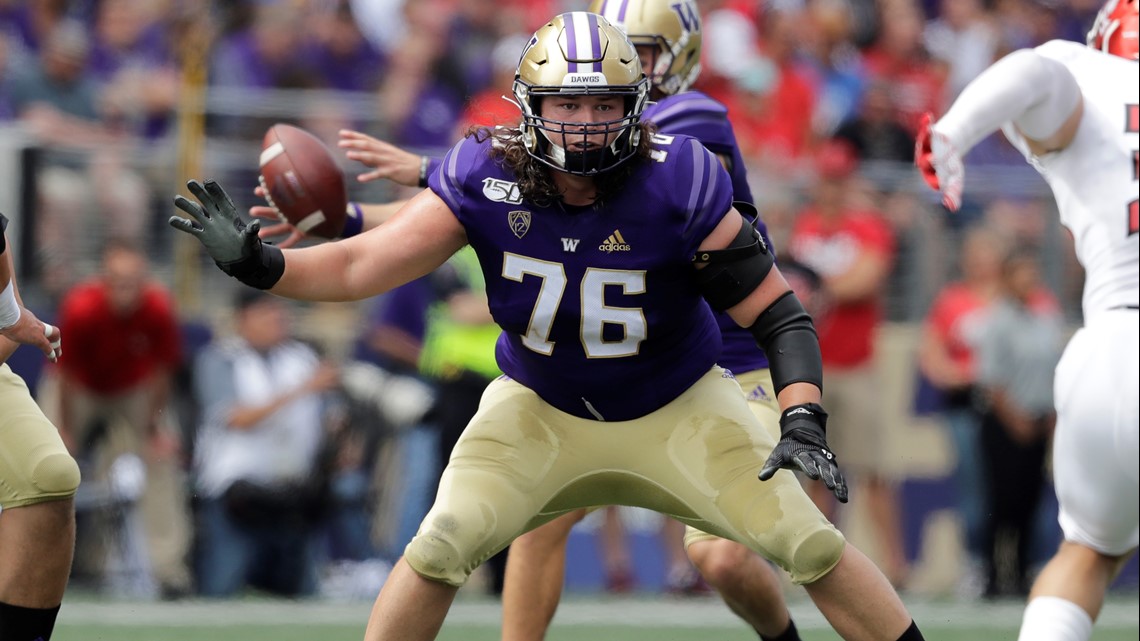 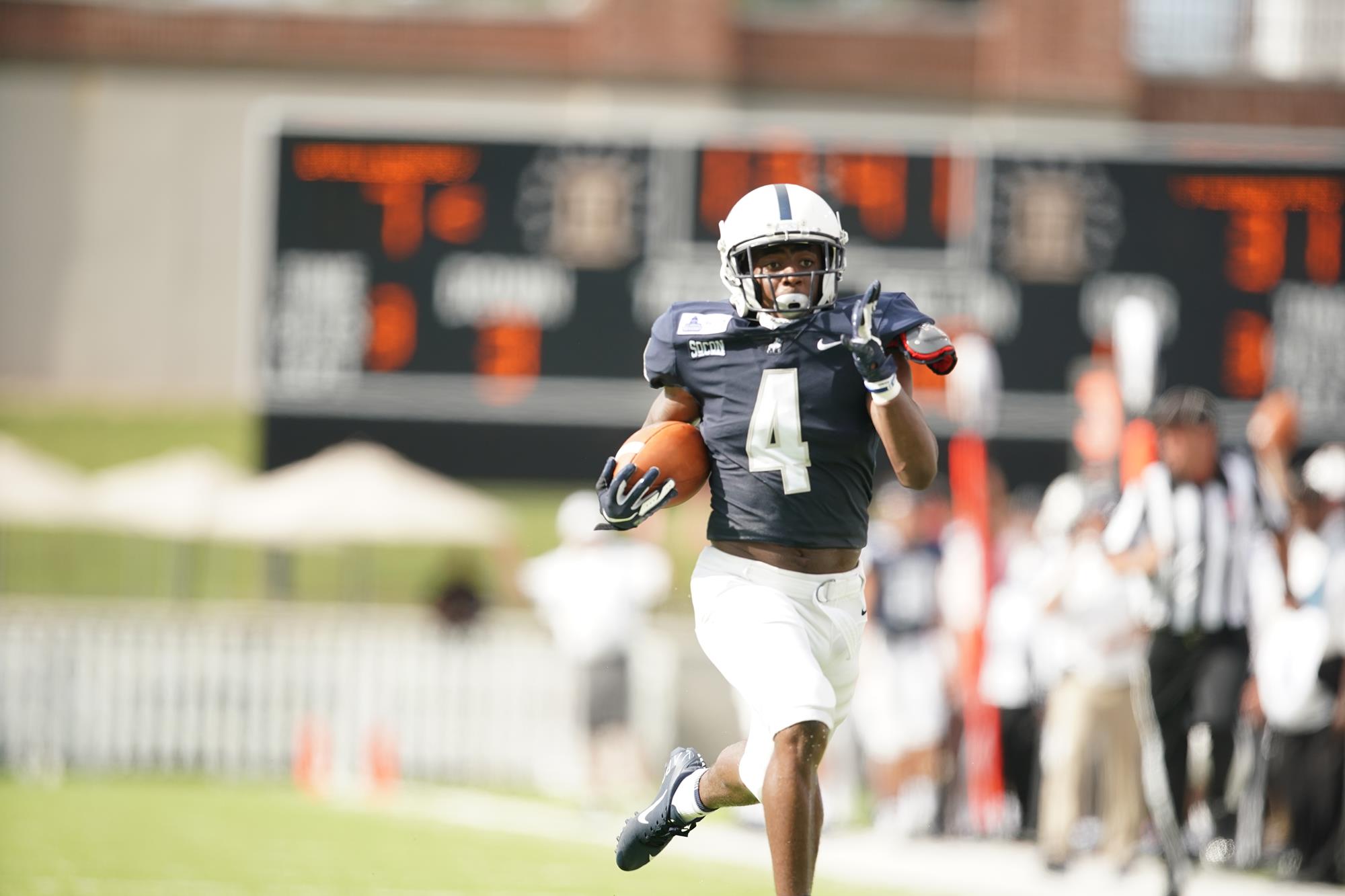 The next two selections in the fifth round project to be key special teams contributors in Oklahoma Safety Delarrin Turner-Yell and Samford WR/Return Specialist Montrell Washington. Turner-Yell was an elite tackler in the Oklahoma back end and will hopefully improve Denver’s woeful punt and kick coverage teams. While Montrell Washington hopes to become Dwayne Stukes new secret weapon on returns. Normally I wouldn’t even consider pure special teamers this early on, but I was doomed to watch Tom McMahon for too long… no more. Passing on developmental prospects in favor of two special teamers isn’t the best move and brings down the grade on day 3 immensely.

The Broncos combined picks 179, and 234 to move up with the Packers and acquire Washington OL, Luke Wattenberg. Wattenberg was a 4-year starter and has experience playing center, guard and even some left tackle. Offers versatility and a ton of experience in a zone blocking scheme with tons of athleticism to boot. 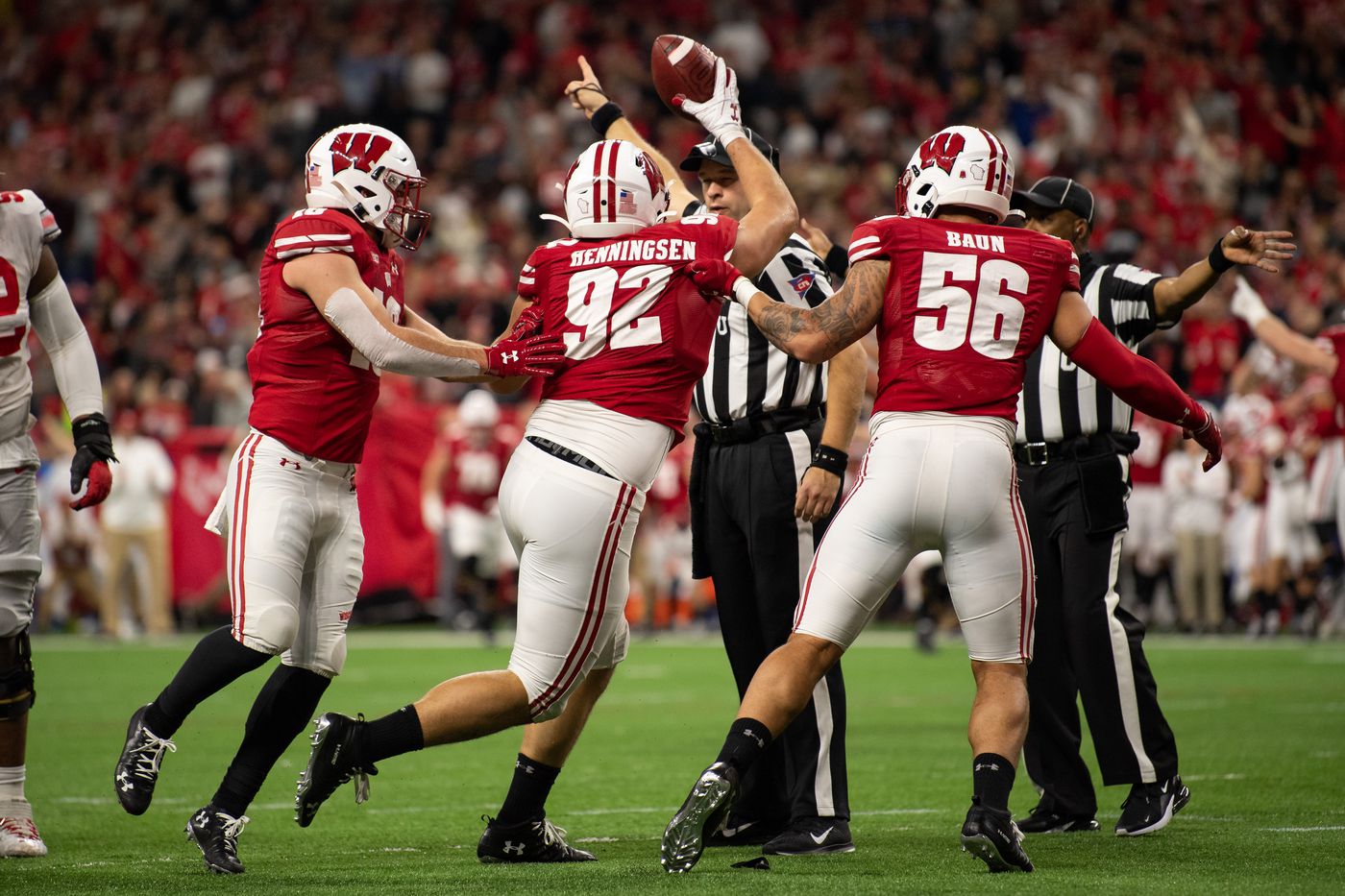 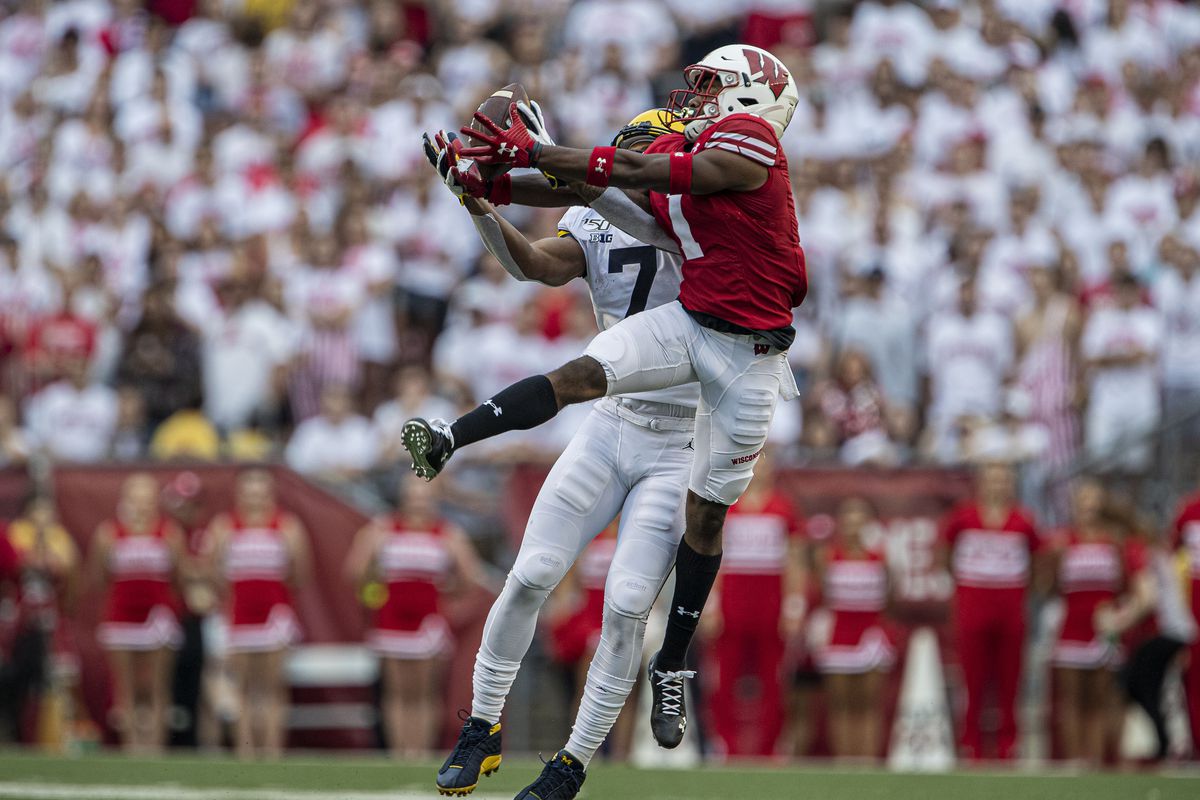 At 206 and 232 George Paton brought in two Wisconsin Badgers to play alongside Badger legends Russell Wilson and Melvin Gordon. The first of the two, Matt Henningsen, is an alien level athlete who can play all along Denver’s defensive front. The other, Faion Hicks, is a ludicrously fast corner who specializes in the nickel and offers some decent flexibility behind K’waun Williams next to Essang Bassey.

Overall, this was a fairly middling draft from the Broncos, and that is entirely okay! Without making any picks in the top 63, George Paton found solid depth pieces with experience who fit our scheme, and freak-athletes with incredible potential for down the line. As I’ve said when the first two picks are used on acquiring an eventual Hall of Famer QB, you’re doing pretty well in the draft. Adding premier positions, positions of need, and consensus values is simply icing on the cake, and for the most part George did just that.

There were some things that would’ve made this draft better from the Broncos in my opinion. A slight move up to secure a more pro-ready prospect in round two, utilizing pick-80 on a bigger difference maker saving the tight end selection for day 3, younger late-round picks for more room for growth and upside. One of the moves I would’ve liked to see most would have been taking a developmental tackle for the first time in six years, since there was ample opportunity to do so in a deep class, and Denver currently has three tackles on one year contracts.

None of these are big enough issues to actually write home about. All-in-all, it was an average draft from Paton and co., and I’m eager to dive into more tape of these youngins and get ready for rookie camp.