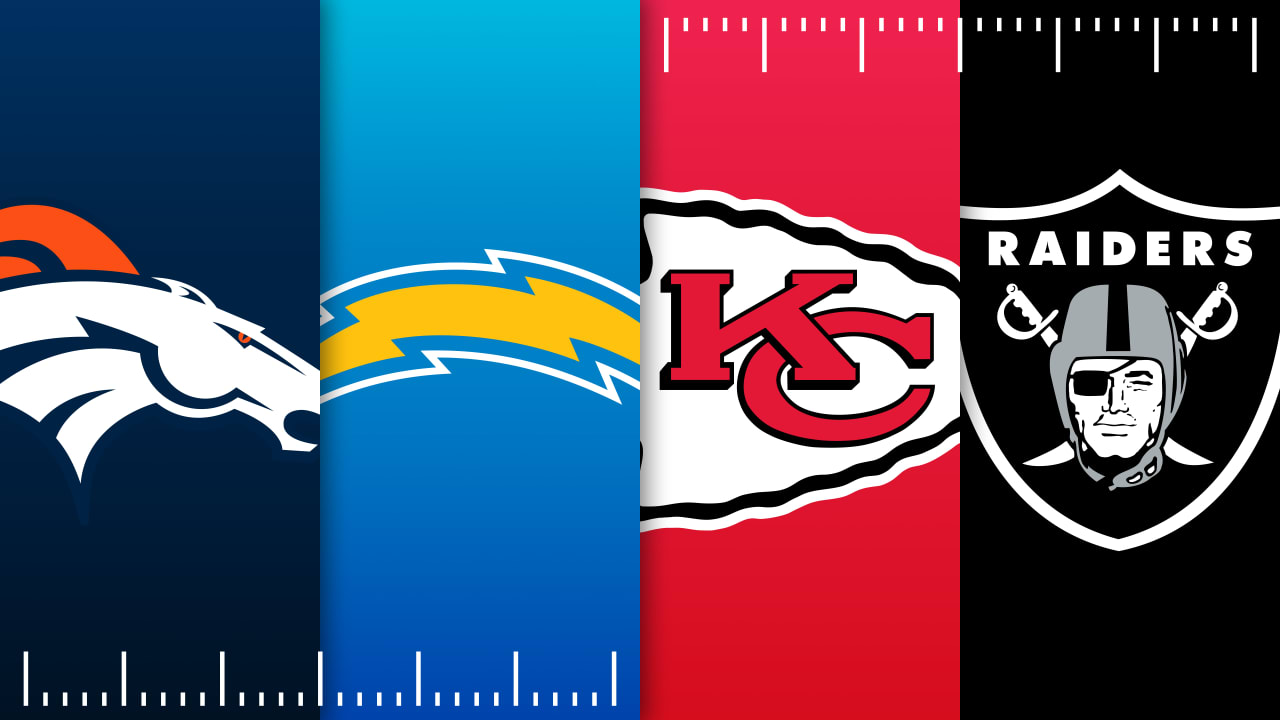 The AFC West is going to be a bloodbath. Last year in the NFC West, for the eighth time since 2000, three teams in the same conference made the playoffs– (Rams, Cardinals, 49ers), and I believe this year will be the ninth. The Broncos, Chargers, Chiefs, and Raiders all boast Super Bowl worthy rosters with elite quarterback play, and it wouldn’t be a shock to see any of the four representing the AFC in this year’s Super Bowl.

It’s been a glorious offseason for the Denver Broncos and for the first time in seven years they have genuine Super Bowl hopes. The acquisitions of Russell Wilson, Randy Gregory, and DJ Jones represent the best offseason additions of any team league-wide based upon PFF’s percent improvement in WAR, but the other teams in the AFC West certainly didn’t slack off. There were a TON of superstars added into the Western fire, to the point where seemingly every big signing of free agency landed in the West.

In a division that already contained the best QB-Head Coach combo in the league, and possibly of all time in Patrick Mahomes and Andy Reid, the competition has never been higher. While it’s fun to keep one’s head in the ‘Russell Wilson/Nathaniel Hackett’ cloud, knowing one’s enemies (or in this case, division rivals) is an important factor in any war.

As much as it pains me to admit it, even with Russ, playoffs aren’t guaranteed this season. There’s an argument to be made that every team in the West improved this offseason, and I’m here to break down the argument for each of these groups.

It’s finally over… never again will Tyreek Hill get behind the Denver secondary flying underneath a 65 yard bomb from Patrick Mahomes. The best deep passer in the league loses the best deep threat in the league, and defensive coordinators league-wide collectively exhale.

Along with losing Hill, the Chiefs completely dismantled their defense, losing star safety Tyrann Mathieu, along with starters Daniel Sorensen, Jarran Reed, Mike Hughes, and Charvarious Ward. From afar, it would feel like the dynasty is starting to crumble, and undoubtedly the changeover will lead to some growing pains next season.

But these moves opened up a ton of cap space and amassed a large haul of draft capital, and with that flexibility the Chiefs have revamped their defense to what I believe is the best it’s been since the arrival of Mahomes.

JuJu Smith-Schuster, Marques Valdes-Scantling, and one of my favorite rookies Skyy Moore will look to fill the shoes of Tyreek Hill. Meanwhile, the secondary has been much improved with the infusion of Justin Reid, Lonnie Johnson, Trent McDuffie, Bryan Cook, and Joshua Williams.

Additionally, George Karlafitis and Leo Chenal are perfect scheme fits for defensive coordinator Steve Spagnoula, and were two of the best value selections in the entire NFL draft.

As much as it pains me to admit it, I don’t think the Chiefs are going anywhere. They had arguably the best draft in the league, collecting consensus high-end talent with seemingly every pick. They maneuvered the loss of Tyreek Hill by signing two underrated receivers and drafting a sliding scheme fit. Tyrann Mathieu is a beast, but their secondary has never been a strong point, ranking 22nd in Defensive dropback EPA last season. I believe this new group of DB’s Kansas City has collected could be one of the most improved units league wide, as we saw with Kansas City’s interior offensive line in 2021.

For the first time in years, the Chiefs aren’t the favorite to win the division. But by no means should any team coached by Andy Reid and quarterbacked by Patrick Mahomes be taken lightly.

No single player had as good of an offseason as Derek Carr. Going in, he was a popular trade target among franchises needing a QB, assumedly not even playing for the Raiders next season as they entered a rebuild as the assumed little brother in a division of giants. Now, he is once again the centerpiece and leading man in the Dave Ziegler/Josh McDaniels era of Black and Silver football.

Vegas rewarded Carr with a massive 3-year, $121M contract extension and brought in arguably the best receiver in the NFL and Carr’s former college teammate, Davante Adams. They traded for Colts CB Rock Ya-Sin and acquired Anthony Averett, giving them a greatly improved corner room. And while in the trade for Rock they lost pass rusher Yannick Ngakoue, they managed to sign one of the best pass rushers in the league, Chandler Jones.

In the draft they didn’t have many high picks, as they used them in trade to acquire Adams, but still managed to acquire a starting caliber interior offensive linemen in Dylan Parham.

Re-signing Maxx Crosby is massive for Vegas and he finally has a running mate in Chandler Jones. The combination of Josh Jacobs, Darren Waller, Davante Adams, and Hunter Renfrow under Josh McDaniels is going to be a sight to behold.

On the brink of what could’ve been a massive rebuild post-Gruden, the Raiders are in line to compete for a top seed in the AFC. The time is now in Vegas.

The Chargers are putting on a masterclass in maximizing the rookie QB contract window. Re-signing Mike Williams at $20M per year before the absolutely ludicrous contracts handed out in free agency helps Herbert a ton.

They signed one of the league’s best ballhawks in CB J.C. Jackson who enters the fifth year of his NFL career with 25 interceptions already to his name. They signed Sebastian Joseph-Day and Bryce Callahan, two incredible veterans who played in defenses that mirror that of Los Angeles. They even managed to upgrade their tight end room with mismatch and vertical threat Gerald Everett.

I feel like there’s something missing… What is it?

They traded for Khalil Mack while only giving up a second round pick this year and a sixth rounder next season. They have a pass rush combo of Joey Bosa and Khalil Mack with Justin Herbert on offense.

In the draft the Chargers added my favorite interior linemen in the class, Zion Johnson, who projects as a starter along the Chargers front for a long time next to Rashawn Slater. They also selected JT Woods, a burner of a safety whose skill set perfectly compliments that of Derwin James.

The Chargers defense on paper looks like the best group in the league. Justin Herbert played like a top-5 QB last season and could take another step forward in 2022 with improved weapons and offensive line play. If Brandon Staley can clean up some decision-making errors and they can receive some injury luck for the first time in what would seem like decades, the Chargers could make some serious noise in the AFC come playoff time.

If you’re curious more in-depth on every move the Broncos made… well. *Broadly gestures at entirety of website* Things are looking up. The additions of Russell Wilson, DJ Jones, Randy Gregory and more thrust Denver into the highest tier of NFL franchises.

Russell is Denver’s most versatile offensive passer since John Elway roamed the turf, and hopes to bring many playoff victories to Mile High before his residency is over.

The rest of the roster was already one of the NFL’s strongest. With new coaches Nathaniel Hackett, Justin Outten, and Ejiro Evero running some similar schemes to the Broncos of the last few years combined with the beauty of 2022 passing offenses, it promises to be a whole lot of fun for Broncos fans this season.

In the draft they didn’t possess much high-value draft capital, but still managed to walk away with strong selections at key positions of need in Nik Bonitto, Greg Dulcich, and Damarri Mathis.

Since the days of Manning, Denver has looked lost in the dark without a flashlight. Now with the bountiful light that is Russell Wilson, they may once again find their way into the promiseland.